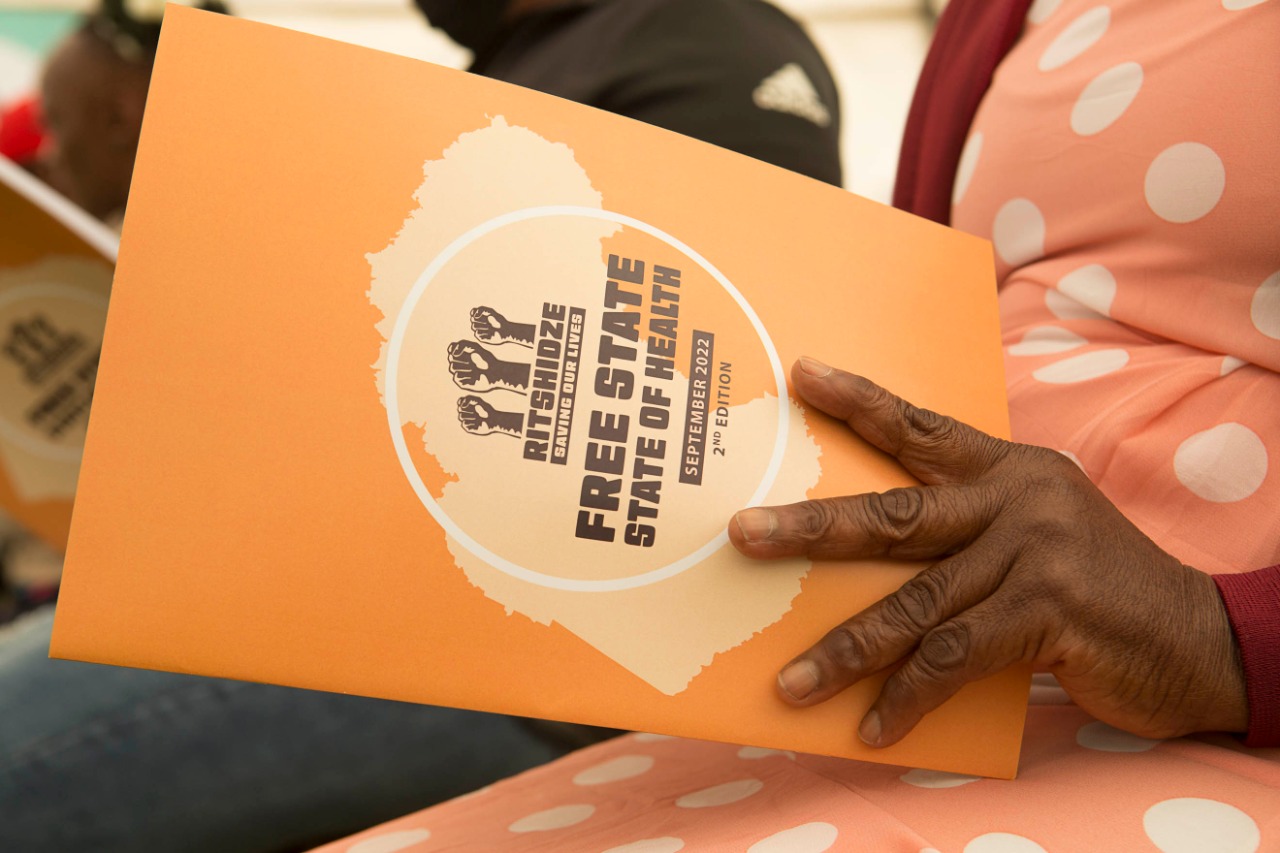 Republish our articles for free, online or in print, under a Creative Commons license.

A new Ritshidze report has revealed the deteriorating state of health care in the Free State, with some patients even having to discontinue their HIV treatment.

The reasons for the disappearance are endless. Inadequate staff, filth, long wait times, messy filing systems, and patients being turned away due to a lack of transfer letters are just some of the challenges people face when looking for medical services within the province’s public health system.

“Ritshidze” – which means “Save Our Lives” in TshiVenda – was developed by people living with HIV and activists to hold the South African government and aid agencies accountable for improving the overall delivery of HIV services. fight against HIV and tuberculosis.

This report is the second edition which was launched yesterday at a community meeting in Bloemfontein.

He said 79% of facilities again reported being understaffed and unable to meet the needs of public health care users this year.

82% of public health users surveyed in the province think wait times are long. This has worsened considerably since data collected between October and December 2021, where only 57% of public healthcare users thought waiting times were long. #FreeStateHealth pic.twitter.com/efnDpFYH8v

“The number of vacancies at monitored sites nearly doubled from 26 to 50. And public healthcare users also reported a worse situation with only 16% believing there were enough staff, compared to 36% last year,” said Ndivhuwo Rambau, Ritshidze Project. Officer.

The Free State report, which covers 29 facilities, focuses on the following:

Koketso*, a patient who shared her ordeal with Ritshidze, said she often waits all day without success.

“I arrive in the morning and wait all day. Finally, at 4 p.m., they will tell us to come back the next day. That’s why we skip appointments. It’s not acceptable to sit all day,” she said.

Another key issue revealed is that people living with HIV are being denied antiretroviral (ARV) treatment because they do not have transfer letters.

“Transfer letters are not required in national membership guidelines, but 573 people in the Free State reported being denied access to services since we began collecting this data last October” , says the report.

The report also states: “This represents 16% of all public health users surveyed. But given that most respondents are unlikely to have attempted to transfer services, this continues to point to a much larger issue regarding communication and policies around transfer letters. There were also 645 reports of people being denied access to services because they lacked identification.

According to Ritshidze’s observations, only 42% of monitored facilities are in good condition. This is a dramatic drop from 68% last year, and the Free State is the worst performer based on this indicator.

“The most commonly given reasons for what is in poor condition are:

When it comes to clinic cleanliness, Free State also fared poorly as only 36% of people said clinics were clean and more than a quarter disagreed.

“Sites monitored in the Free State are among the dirtiest compared to other provinces. In addition, the toilets are often in poor condition. 69% of Ritshidze observations still found toilets to be in poor condition, with wide variations between districts,” the report said.

Another worrying factor is the implementation of index testing in the Free State.

“Indexed testing is a case-finding strategy where people living with HIV are asked to disclose their sexual partners so they can be targeted for HIV testing services. It’s always voluntary, but worryingly, 35% of respondents said they refused to give out the contacts. Worse still, only 42% of respondents were not asked about their partner’s risk of violence, despite national guidelines mandating this process,” the report said.

He further pointed out that one area that needs improvement is the state of filing systems. Filing systems and messy files were seen at 50% of sites monitored, up from just 35% last year, and 60% of public health users blamed file loss on long wait times. – Health-e News

Monthly mortgage payments could increase by $1,000 by year-end