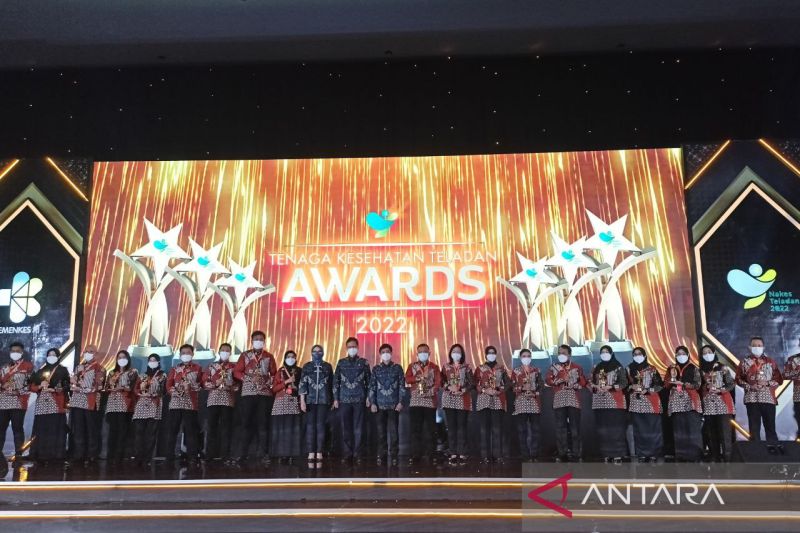 Jakarta (ANTARA) – The Ministry of Health awarded 220 health workers during the Anugerah Nakes Teladan 2022 held at the Sultan Hotel here on Friday.

The awards were given in appreciation of the important role played by health workers, especially during the COVID-19 pandemic, Health Minister Budi Gunadi Sadikin said.

“They not only sacrifice their time and energy, but also their lives,” he remarked at the event.

“It is the best time for us to pray for our colleagues, the health workers, who have given their bodies and their spirits for the health of our nation and our country,” he added.

After being suspended due to the pandemic, the event was held online again this year as part of the commemoration of the 58th National Health Day.

Awards were also given to health workers who have dedicated themselves to serving people living in underdeveloped, border and island (DTPK) areas.

The process of selecting model health workers was undertaken gradually, starting from regional governments, local provincial health offices, up to the central level, she explained.