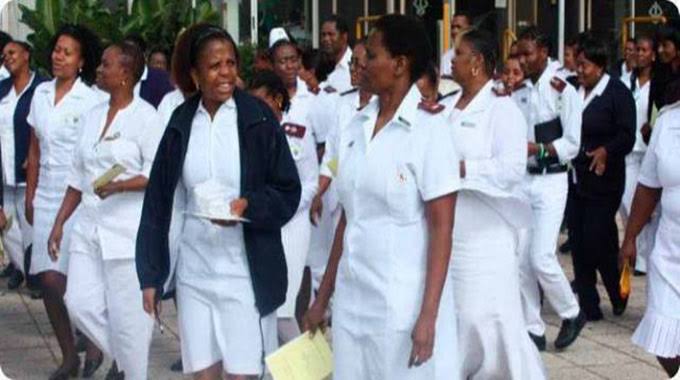 Zimbabwean nurses and doctors who dreamed of finding jobs in South Africa reacted with dismay to news that South Africa was rejecting their applications on the grounds that their country was facing a staffing crisis due to migration.

A letter dated September 20, signed by South Africa’s director of public health for workplace management, Sindile Sodladla, said Zimbabwe was included in the category of countries in which the health ministry should not recruit.

He said the government was obliged to adhere to “all relevant protocols” between member states of the Southern African Development Community (SADC), the AU and the World Health Organization (WHO) â€œWith regard to the recruitment of health professionals from developing countries. countries”.

“In view of the above, the department regrets to inform you that your application for approval for registration and employment in South Africa has not been accepted,” the letter read.

Applicants have been advised to familiarize themselves with immigration laws and not to travel to South Africa to promote their request for assistance as “the ministry will not be able to reconsider your request once you will have arrived in the country â€.

â€œHealth workers who have expressed interest or are in the process of taking the South African Nurses Council (SANC) exams are discouraged by this development as they believe it will prolong their registration process.

Some people think that they will soon receive the same letters that they have seen circulating, so they are very anxious.

â€œWhen I took the exams in 2005, we heard about this protocol that was in place during the apartheid era. It is surprising that it is reintroduced by the democratic government which also offers (a) a SADC work visa in the White Paper on International Migration.

“Now that this letter is out and some countries like Zimbabwe, as we have seen in the media, do not appear to be aware of this agreement, we are awaiting the response from the South African government.”

He said the association would continue to lobby organized labor to establish migrant offices to organize vulnerable workers to be protected.

Health ministry spokesman Foster Mohale said the policy did not allow the ministry to recruit from SADC and developing countries.

â€œHowever, SADC health professionals can apply for the release letter from their respective country’s health ministry, certified by the embassy in Pretoria. Then, they will be eligible to reapply, and RSA’s health department will process those requests. “

He said the WHO, in collaboration with the International Council of Nurses, released a report in April last year that looked at the state of nursing around the world.

Globally, there was a shortage of 6 million nurses, he said, “but the shortage is most severe in low- and middle-income sub-Saharan countries.”

â€œThe government needs to address the area of â€‹â€‹health worker satisfaction. It is sad that some healthcare workers cannot come to South Africa because of this agreement, â€said Delihlazo.

â€œWe understand that these healthcare workers work in their countries where conditions are really difficult for them. In fact, these are the same challenges that our healthcare workers here in South Africa face and some of them end up seeking greener pastures like the UK, â€he said.