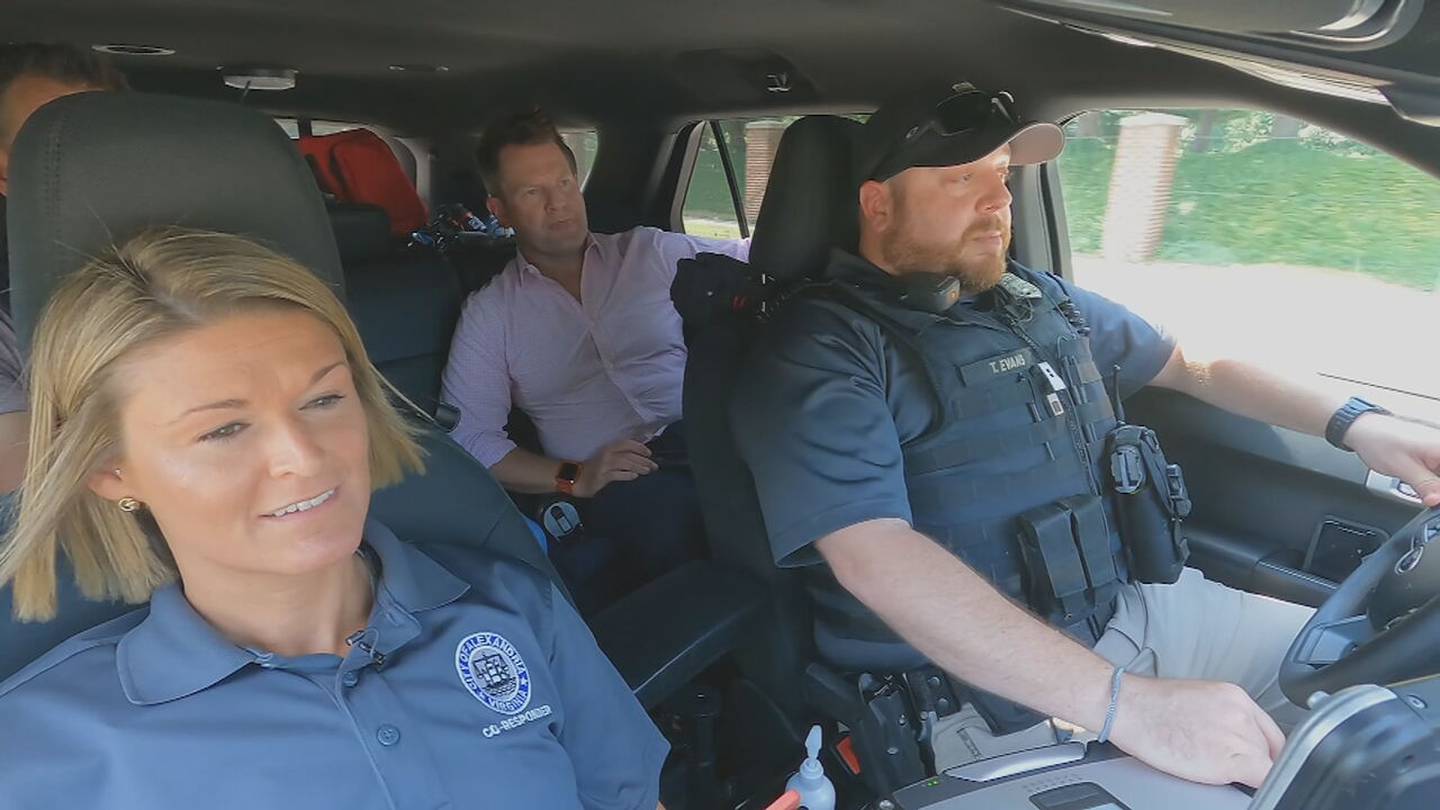 Mental health professionals are now accompanying officers to deal with the rise in mental health cases they are seeing, but some critics question how safe it is.

Channel 2’s Blair Miller went along, to see what kind of impact they have.

It’s the middle of the week one afternoon in Alexandria, Virginia. The police unit is not looking for criminals.

For two days, Miller rode with the special team that pairs Evans with Hencinski.

She’s not an officer, but rides with Evans every day, and they’re focused on responding to sanity calls.

They responded to numerous calls, including one involving a 7-year-old child who was violently struggling with his mother in a doctor’s office.

Because these two have worked with this family before, they called the mother along the way.

Once they arrived, they met inside the doctor’s office and within minutes Evans and Hencinski were able to help pull the child out and bring the situation under control.

“We unfortunately have to call quite regularly, and that has saved us from a lot of very difficult situations. If we didn’t have those resources, frankly, I think we would have a lot more hospitalizations. A lot more potentially, especially interventions later in life, like in the justice system,” the mom said.

The police program started in October 2021.

Police say that of the calls that could have resulted in an arrest, 71% were resolved without anyone going to jail.

“I would say there’s been almost an explosion of interest in other models of responding to people in behavioral health crisis,” said Megan Quattlebaum, of the Council of State Governments Justice Center in New York.

They surveyed 70 police departments across the country and found that 76% of them use a program similar to the one we saw in Virginia.

“A lot of law enforcement organizations say, ‘We want a different way of responding to someone who is presenting a crisis, more than posing a risk to public safety,'” Quattlebaum said.

There are also critics like Dr. Alex Del Carmen, who trained thousands of officials at the FBI Training Academy.

He wonders how safe it is to have a psychologist in the car who is not an officer with formal police training.

His concern is “whether or not you are really exposing another person to a very dangerous situation that they may not be ready for, and therefore the officer is going to have to worry not only about their life, but also of that person’s life.”

Police said that was also something they were thinking about.

They said if there was a security risk, only an officer would deal with the situation, while the psychologist is told to stay back or even stay in the car.