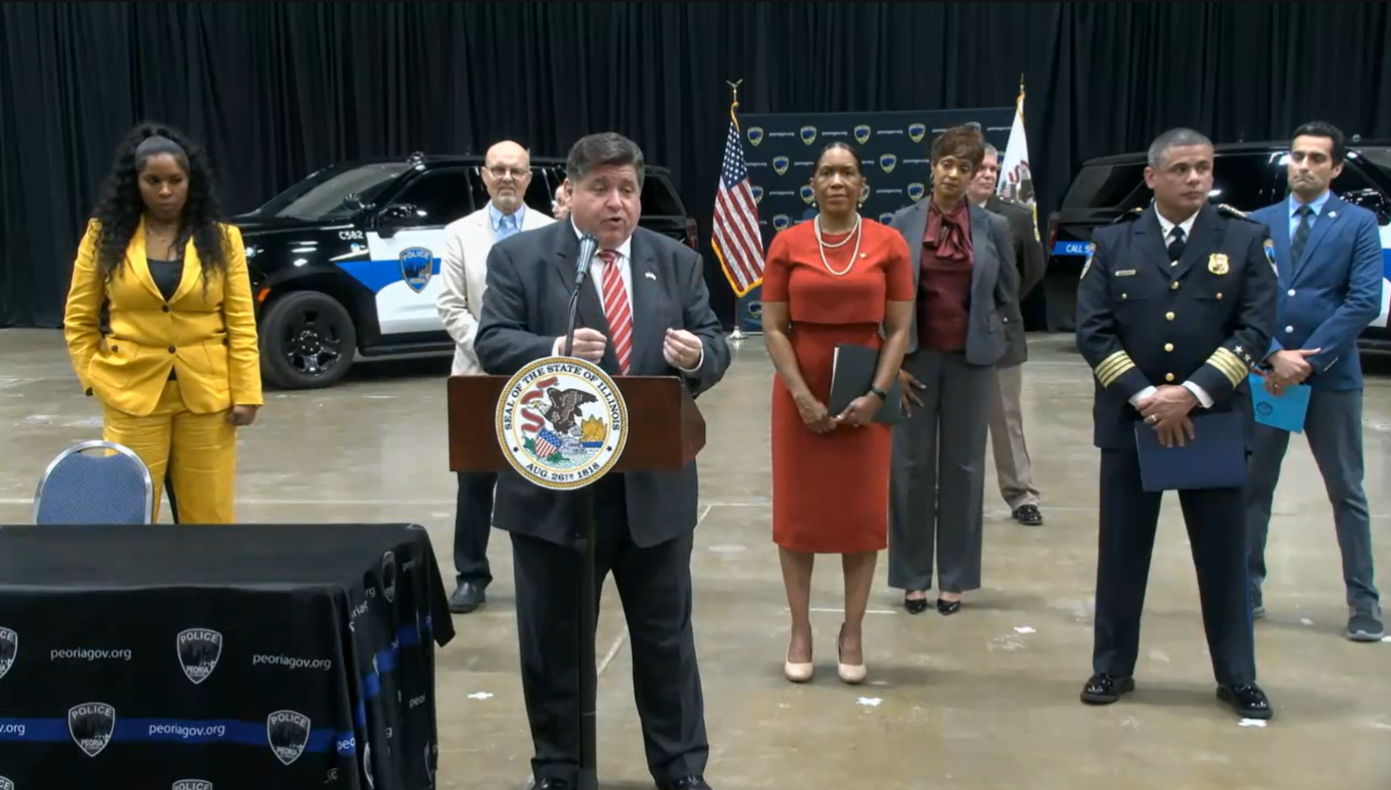 SPRINGFIELD — Police departments in four Illinois communities will be part of a pilot co-responder program that aims to send social workers and mental health professionals to law enforcement calls.

It was part of House Bill 4736a measure signed into law Tuesday by Gov. JB Pritzker in Peoria, one of four pilot program communities along with Waukegan, Springfield and East St. Louis.

“We are now entering a new era of policing in the city of Peoria that has never been seen before. Policing isn’t just about making arrests or writing someone a citation,” Echevarria said. “It’s also about implementing policies and procedures that provide options to get people the help they need in a more empathetic way.”

The program would send social workers with law enforcement on select calls with a focus on victim assistance, as well as diversion from the criminal justice system.

Responsibilities would include connecting victims with social services, providing advice on receiving protection orders and filing police reports, working with police investigators in compliance with confidentiality laws and providing advice to the families of arrested minors.

The fiscal year 2023 budget enacted last month provides $10 million for pilot programs this year. It would require reallocation of funds each year and would expire in 2029.

Gordon-Booth, who lost her 22-year-old son to gun violence in 2014, said programs like the co-response model aim to improve community relations with law enforcement.

“The state is stepping up to say we know this is a challenge, we know you need the mental health support, the behavioral health support. We want to be there and we want to walk with you every step of the way,” she said.

Governor JB Pritzker said the program was part of a broader response to the “scourge of violence that infects communities, neighborhoods, neighborhoods and families.”

“So today we are launching a pilot victim-centered co-responsor program to match victims and witnesses with social workers who will provide survivors with trauma-informed crisis intervention services, community resources for mental and behavioral health treatment and empathetic advocacy,” Pritzker said. .

As Republicans criticized Democrats for their leniency in sentencing and attacked the majority party for being soft on crime, Pritzker pointed to investments in two Illinois State Police crime labs and other technologies to aid investigations, such as highway cameras.

“You have to give the police the tools they need to arrest the right people and make sure we can put them in jail,” he said.

The financial assistance program would go live in January 2023, and the FY23 budget included $30 million to implement the program.

HB 4736 also created a hotline grant program overseen by the Illinois Criminal Justice Information Authority that would fund organizations or local government units to establish anonymous hotlines that offer cash rewards for tips that lead to a arrest.

The budget included $1 million for grants to start such hotlines where they do not already exist.

The measure would also require the Illinois State Police Academy and Training Division to train homicide investigators in victim-centered and trauma-informed investigations, starting in July 2023.

The plan would also create a crime reduction task force to study violence prevention measures and report to the governor and the General Assembly by March 1, 2023.

Pritzker also signed House Bill 3863that would direct the Illinois Law Enforcement Training and Standards Council to award grants to local governments, public institutions of higher learning, and qualified nonprofits for the purpose of hiring and retain agents.

Grants would be given in priority to “underserved areas” and efforts to reach the “demographic and geographic diversity” of lawyers. Lawmakers earmarked $10 million for ILETSB to focus on the grant program in the FY23 budget.

He also signed House Bill 2895 which would allow the Department of Social Services to directly pay the funeral costs of children murdered as a result of gun violence, rather than making their families wait for reimbursement.

Capitol News Illinois is a nonprofit, nonpartisan news service covering state government and distributed to more than 400 newspapers statewide. It is funded primarily by the Illinois Press Foundation and the Robert R. McCormick Foundation.