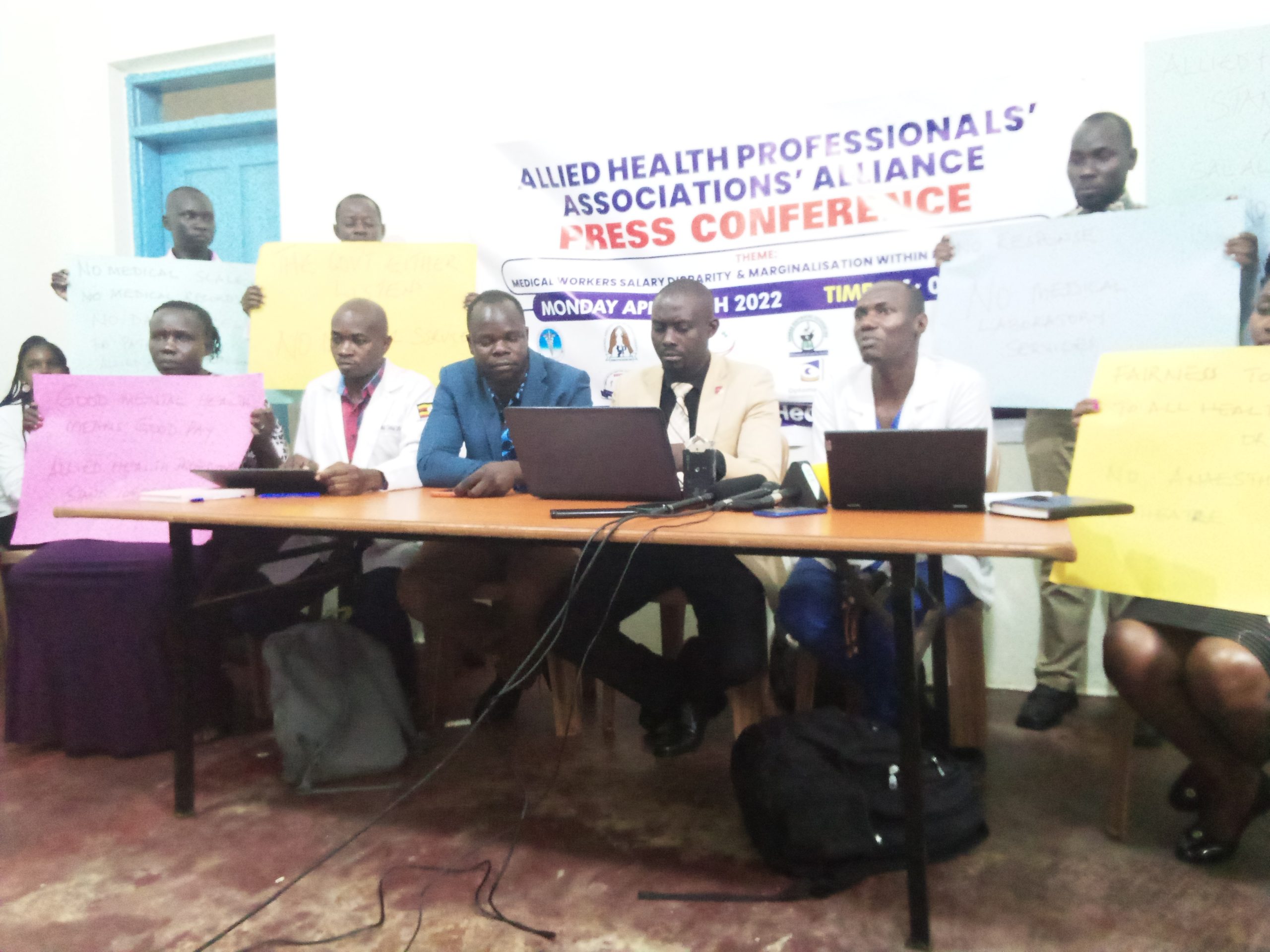 60,000 health workers under their supervision; Allied Health Professional Associations gave the government a 21-day ultimatum to address their pay grievances lest they lay down their tools.

They said it was unfair for the government to increase the salaries of their counterparts in the medical section and marginalize them.

“The recent doctors’ strike over salary increases was based on the 2017 collective agreement we had with the government. In this agreement for allied health professionals, we agreed that a diploma candidate would receive Shs 3 million and a certificate Shs 1.5 million, but we were surprised when the government only increased the salaries of the ‘other section and left us out,’ Patrick Denis Alibi, Lead Allied Health Professionals Association Alliance team told reporters in Kampala on Monday.

“We play a huge role in the health sector of this country, without us, fighting this covid-19 would be difficult. This disease would not have left us here today. As allied health workers, we contribute eminently and our efforts should not be ignored,” Alibi added.

Maxwell Okwi, president of the Uganda Dental Association, said the government should review the unique pay structure for spies.

“Five years ago we didn’t have segregation, it has been widely embraced. So why would health workers with the same level of qualification receive different salaries? Let it be aligned so that all health sector graduates receive the same amount without discrimination. This new system should be abandoned,” he said.

Alibi told reporters that they had already written to the Speaker of Parliament on the same subject.