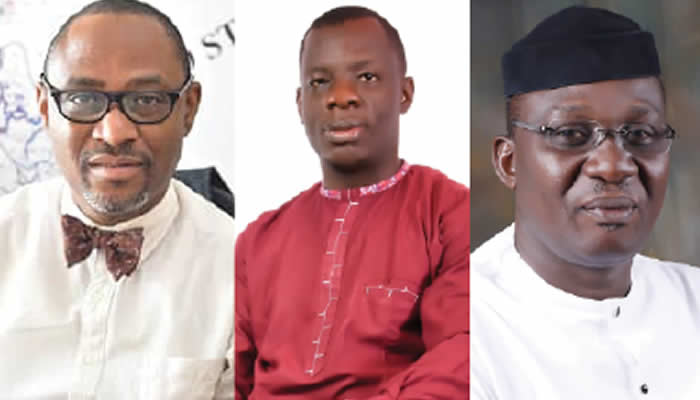 wave The state is one of 26 states confirmed to have the highest cases of monkeypox. Although the identities of the victims have not been released, it was found that the disease had been reported in seven local government areas in the state and the government and other stakeholders rose quickly to prevent its spread to other local governments. He came at a time when the state was battling Lassa fever.

Monkeypox disease is a viral disease transmitted to humans from animals, with the National Center for Disease Control confirming that cases had risen to 277. Between January 1 and August 28, 2022, suspected cases stood at 704 The report also showed that six deaths have been recorded so far in six states across the country.

The World Health Organization has noted that Nigeria has the highest number of deaths and confirmed cases of monkeypox in Africa. The organization’s regional director for Africa, Dr Matshidiso Moeti, said so during a virtual press briefing titled “Road to End Meningitis by 2030”.

Moeti said most monkeypox cases were in Nigeria, the Democratic Republic of Congo and Ghana.

Like other health workers across the country, health professionals in Ondo State have been working diligently to fight monkeypox and other diseases in the state. However, their job has not been easy as they also face various challenges.

In interviews with some of the workers, they identified increased workload as one of the main challenges they face due to insufficient doctors and other health workers in public hospitals. . Some of them also lamented the problem of inadequate social programs for doctors risking their lives to save others.

The Federal Medical Center, Owo Chapter of the Association of Medical Residents, has launched a two-week warning strike, to press their demands for more workers at the hospital. Similarly, the state section of the Nigerian Medical Association earlier sounded the alarm about it.

The doctor, who is also a public health consultant and community medicine physician responsible for infectious disease case management at the federally owned hospital, said the brain drain was a major challenge that needed to be addressed to save the health sector. .

He said: “Monkey pox is one of the emerging infectious diseases that is re-emerging. It has become a source of concern. For us in Ondo State, we face a series of challenges as we are battling against many outbreaks of infectious diseases. It is the same set of people (doctors) who fight disease. For example, Ondo State is one of the states with the highest cases of Lassa fever. Ondo State is the ninth or tenth state with the highest number of COVID 19 cases, then Nigeria. Then came monkeypox and Ondo State is also one of the worst affected states in Nigeria. These disease entities are treated by the same set of infectious physicians, physicians, or public health physicians who have decided to give the cases their best. It’s a huge challenge for us. We have seen suspected and confirmed cases. In most suspected cases, the relatives of the victims or the individuals do not want us to be tested or labeled as monkeypox patients.”

He noted that monkeypox was a disease that occurs with other diseases, citing a case he treated where the patient was battling leprosy. He added: “We have seen cases in children and adults. A woman from Akure North also came in with symptoms in her eyes. What happened is that the rashes actually started from his eyes, showing symptoms in his eyes before we later found out the rashes were in other parts of his body . We confirmed it was monkeypox. But she is fine now.“

Chukwuyem also noted that the state was recorded as one of the states with the highest cases of infectious diseases such as monkey pox and Lassa fever. He added that the proactive efforts of people in the surveillance department had been helpful in quickly detecting cases and taking blood samples from patients to confirm the status of those patients.

“Being among the states with high cases shows that our surveillance is active. There are many states where the disease will occur and they will likely not report it due to understaffing. What we have done at FMC is build what we call infectious disease units to house different infectious diseases. Thank you to the CEO and management of the hospital, NCDC and the federal government. We have buildings for isolation. The Lassa fever one is separate, the COVID one is separate, and we can also isolate monkeypox patients,” he explained.

Another doctor at the University of Medical Sciences teaching hospital, Akure, who spoke on condition of anonymity, said Sunday punch that the brain drain in the state hospital was affecting the work of the facility’s infectious disease section. The doctor said a few doctors and health workers were doing a lot of work. He also cited the problem of the delay in getting the result of the samples collected, saying that the samples that would be sent to Abuja often spent days before the results were received from Akure.

The doctor said: “One of the problems we have is the brain drain challenge. We have many physicians who have moved out of state, perhaps to another state or out of the country for better deals. The situation makes the work in the infectious disease unit more important and the government is not doing much about it.

“Another challenge is the issue of sample collection. There is a need to decentralize the sample testing center as everything is done in Abuja. When we collect samples from monkeypox patients, for example, we have to bring them to Abuja where the testing center is. It will take several days to get the results. In the process, some patients will become impatient and curious and start bothering us and sometimes they will become violent. However, monkeypox is a real disease and present in our midst. We are fighting it and by the grace of God we are winning.

A UNIMEDTH nurse, who gave her name only as Akin because she was not authorized to speak with reporters, described the infectious disease ward as a special unit in the hospital requiring a special package from the government. She however said the reverse was the case in Ondo State as doctors, nurses and other health workers in the unit were not getting enough from the government.

The nurse said: ‘We are not getting the best welfare package from the government and the work is huge. That’s why many doctors leave almost daily. Another problem we have is the patients themselves. When they have an infection, some of them, instead of coming to the hospital to have their samples taken, but they won’t. They prefer to indulge in self-medication. We have not backed down in the fight against the disease to curb its spread.”

However, despite the challenges, Ondo State Epidemiologist Dr Stephen Fagbemi said the state is not doing badly in the health sector, stressing that the government is being proactive on the issue of population health.

Fagbemi said, “We are one of the states that takes the issue of health seriously. It’s not good that a state doesn’t care or that state health workers don’t know what’s going on. Monkeypox is sporadic across the country, but we’re doing our best because we take the outbreak seriously. In fact, we have the structure. Every day we insist that if someone sees something, they should let us know. We collect samples and send them to Abuja for confirmation. People have worked in hospitals for years and they know their value in an open and transparent system. There is no week when we do not send samples and many of our samples always come back negative. These cases you see, I think about 13 reported in Ondo State are the ones we have. We sent around 60 samples because we are serious. In Ondo State, we take health seriously as we are still battling Lassa fever. Everyone in the sector, even in the private sector, is trained to know that if they see something, they should call us. We take their samples and manage them efficiently.

“We have processing sites at FMC, Owo. We also treat them at Specialty Diseases Hospital, Akure and another thing to add about monkeypox is that not all cases are serious. There are cases we have that don’t really require hospitalization. Maybe by the time they show up, their case is almost solved. We follow up and make sure they are well insulated in the house. We handle our cases well. We have also done well in the area of ​​awareness because the cases I have told you about arise, it is because of the awareness that we do. We did radio jingles and also got into community engagement. This is why people come to the hospital rather than hiding underground and they are convinced that when they come we treat them and the treatment is free and there is no stigma. So, when it comes to health and smallpox issues, Ondo State is one of the states that are doing well. Although we are not there yet, we are conducting training for health care workers across the state. We are training, not only on monkeypox, but also taking the opportunity to build our capacity on similar diseases.”

In the same vein, the State Commissioner for Health, Dr. Awolowo Ajaka, said the state is working to address the problem of brain drain by improving the welfare of health workers. of State.

He said: “The state government is doing everything possible to ensure that the welfare of health workers is prioritized. We don’t just want to employ health care workers. We want data on how many physicians we have and the optimal staffing level. We want to redistribute our staff, not just say we don’t have enough staff in some local government area when we have plenty in another local government area.

The best emergency loans in October 2022