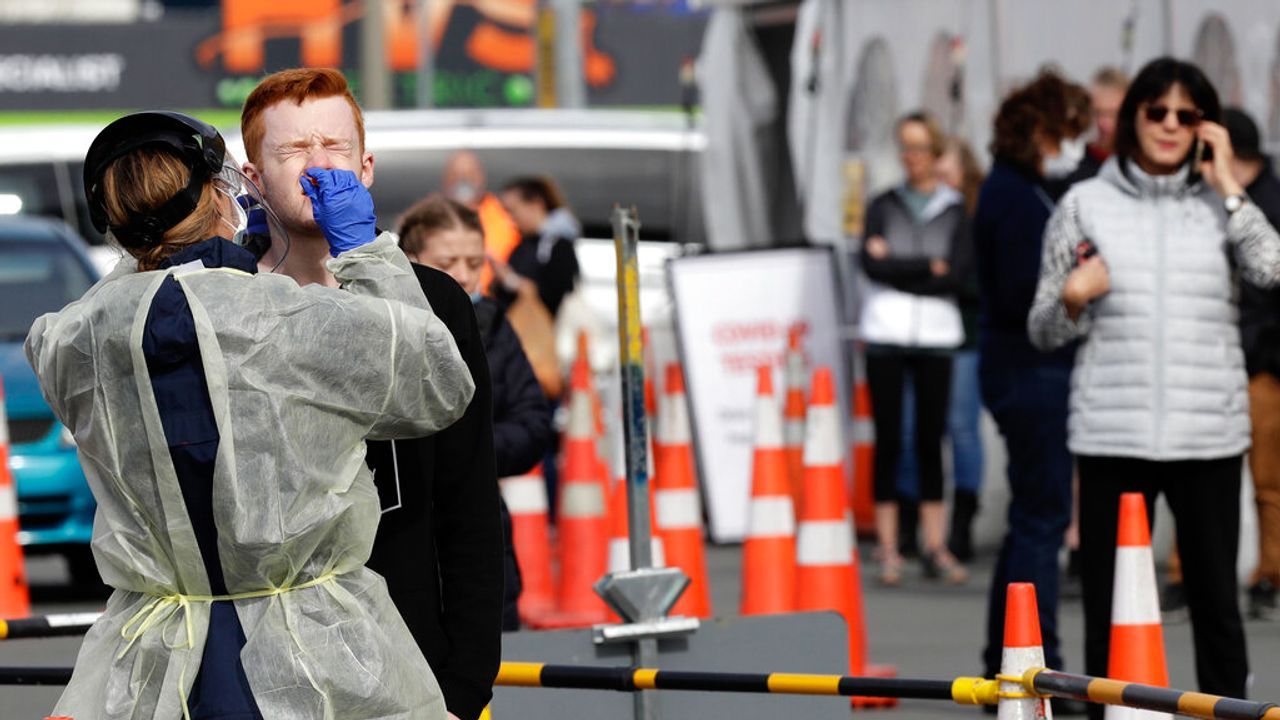 In a last-minute extraordinary ruling on March 3, the New Zealand Labor Court banned a 24-hour nationwide strike by 10,000 healthcare workers due to take place the following day, and a second strike scheduled for March 18.

The court ruled in favor of a request for an injunction by the District Health Boards (DHBs), which run the country’s public health system on behalf of the Labor Party-led government.

The move is another sign that the ruling class in every country is using undemocratic measures to suppress workers’ opposition to soaring inequality, high living costs and dangerous working conditions during the pandemic. of COVID-19.

In Australia, tens of thousands of New South Wales nurses went on strike last month in defiance of a ban by the state Industrial Relations Commission. In Sri Lanka, around 65,000 health workers also went on strike despite the court ban.

In the United States, a federal judge in January banned a strike by 17,000 BNSF railroad workers, and the decision was upheld again last month.

Like these measures, the New Zealand court’s ban is a major attack on the fundamental democratic rights of workers. Its aim is to discipline the working class as the Labor government imposes drastic austerity measures, including a freeze on public sector wages, and allows COVID-19 to spread across the country.

Members of the Public Service Association (PSA), New Zealand’s largest union, voted overwhelmingly to strike after rejecting a wage offer that did not even match inflation. The cost of living has increased by 5.9% over the past year, according to official figures.

Health sector workers are also deeply concerned about understaffing and lack of resources, which have forced many to work long hours. Hundreds of employees are currently sick with COVID-19, adding to the strain on the workforce.

In justifying its decision, the labor court pointed to dire conditions in hospitals, saying it would not be safe to allow the strike to continue. The court also noted that a facilitated negotiation is scheduled for next week between the PSA and the DHBs.

More than 152,000 people are known to have COVID-19 and 562 people were hospitalized yesterday. Cases are increasing by more than 20,000 a day. Five more people died of COVID yesterday, bringing New Zealand’s total death toll in the pandemic to 67. Some hospitals have reduced other services to accommodate COVID patients.

The rapidly worsening crisis is the result of decades of underfunding of the health system and the decision of the Labor Party-led government in October 2021 to abandon its policy of eliminating COVID-19. To meet the demands of big business, Prime Minister Jacinda Ardern has promised that businesses and schools will remain open.

Like governments around the world, except for China, the Ardern government is telling the people they have to “live with” the deadly virus circulating in the community. Today, the government is using the disaster it has created as a pretext to ban the strike of workers, who are demanding decent wages and the resources needed to deal with the crisis.

On Thursday, Chief Health Officer Ashley Bloomfield told the media: “A strike in the midst of a significant response from Omicron would be disruptive and I suspect the concern that District Health Boards would have, and I share that, is that it could compromise care for some people.

In response to the labor court ruling, PSA chief Will Matthews said Thing“We’re incredibly angry…DHB thinks it’s okay to take their employees to court instead of talking to them about fair pay.”

The union, however, had already sought to appease the government by limiting strike action as much as possible. Just before the court issued its decision, the PSA called off the strike for Auckland, New Zealand’s largest city and home to around a third of the country’s population.

On the union’s Facebook page, one worker quipped: “So they’re worried about the lack of staff on the ground for patient safety, so they’ve called for the strike to end… so they recognize how much we contribute everyone in the health system. …but don’t want to pay us for what we contribute.

Another wrote: “I wonder what would happen if people didn’t show up for work? Good luck finding more workers.

In Blenheim, hospital workers barred from striking took part in a lunchtime protest on Friday. Outside the local hospital, a worker, Louise Baker, told Thing that she only earned $2 more an hour than her 15-year-old son who worked in retail. The starting wage for paramedics is NZ$20.40 an hour (US$13), 40 cents above the legal minimum.

The PSA has not put forward concrete wage demands ahead of Monday’s talks and will no doubt seek to engineer a sellout. Conditions in hospitals and other public services are the result of decades of cuts and privatizations by successive governments, aided by union crackdowns on strikes.

The PSA and other health unions, including the New Zealand Nurses Organization, have presided over what is essentially a wage freeze for years, echoing governments’ false claims that they cannot afford substantial increases and decent conditions.

Anti-strike legislation used by the Industrial Court against paramedics was introduced in 2000 by the Labor Party-Alliance coalition government, backed by the Council of Trade Unions, which helped draft the law. The Labor Relations Act prohibits strikes outside of the collective bargaining period.

This is not the first time the 2000 Act has been used to bar industrial action, although it has never been done before for such a large group of workers. In March 2012, for example, the shipping union called off industrial action by 150 workers at Lyttelton after the port company won an injunction forcing workers to unload a blacklisted ship that had been loaded by scabs at Auckland. Sympathy strikes are fundamentally against the law.

By law, workers are allowed to strike to oppose unsafe working conditions. The union bureaucracy, however, backs the Labor government’s reckless reopening of schools and businesses, which has allowed Omicron to spread, endangering workers everywhere. The unions represent a well-heeled middle-class bureaucracy tied to the Labor Party and hostile to any working-class movement that undermines corporate profits.

Workers must form new organizations. The Socialist Equality Group is calling for grassroots safety committees, controlled by workers themselves and independent of unions, to fight for a properly funded zero COVID strategy and a major transfer of funds to the health system. This is the only way to save lives, prevent a large number of serious diseases and ensure a decent standard of living and working conditions for workers.

Sign up for the WSWS newsletter for healthcare workers!