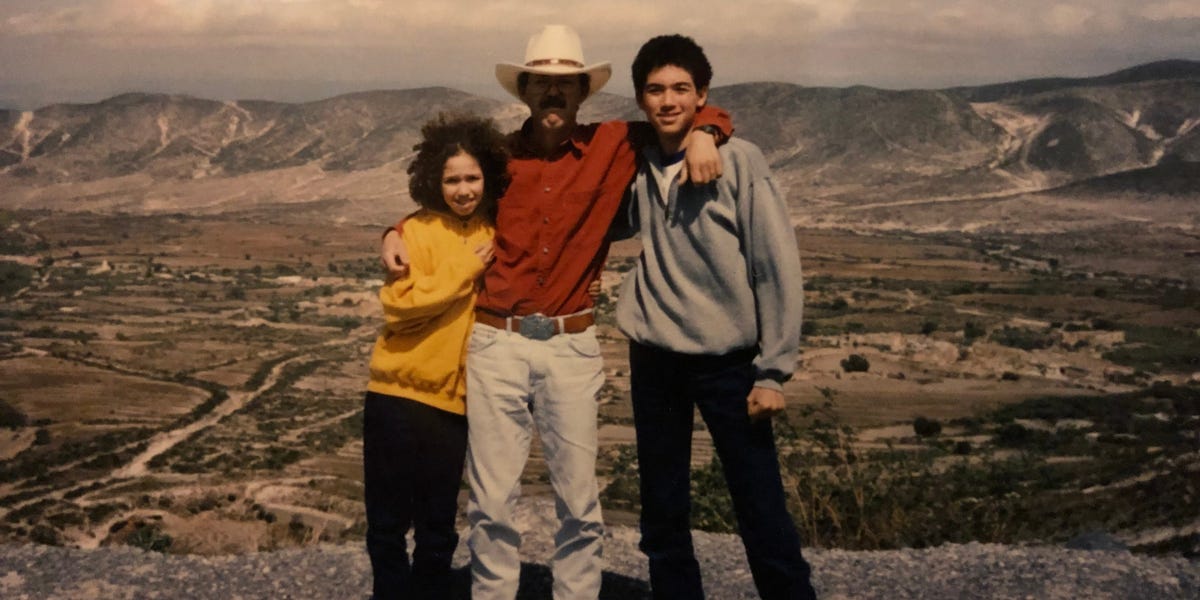 When I was a child, my mother had to spend a month in the hospital after her appendix ruptured. During this time, my father became the family grocery shopper and he took this opportunity to teach my older brother and I (aged 12 and 9) how to spend responsibly.

Every week my dad would take us to the grocery store, grab a shopping cart, and start running up and down the aisles. He was literally running, dodging other customers, the cart’s wheels rattling off, and whatever my brother and I could successfully throw in the cart we could have within reason.

During the race my brother and I ran ahead of our dad to confirm that our first choice potato chips were in stock. If so we made sure they got into the car in time and if not we regrouped and grabbed our second pick then ran ahead to beat him to the next aisle. It was a lot of fun, like being a contestant on Supermarket Sweep.

$200 cash reward bonus after spending $1,000 on purchases within the first 3 months of account opening

80,000 bonus ThankYou® points after you spend $4,000 on purchases within the first 3 months of account opening

60,000 bonus points after spending $4,000 on purchases in the first 3 months of account opening

5x points on all trips purchased through Chase Ultimate Rewards. 3x points for dining, including eligible delivery services, takeaway and dining out. 3x points on selected streaming services. 3x points on online grocery purchases (excluding Target, Walmart and wholesale clubs). 2x points for other trips. 1x point per dollar for everything else.

Realistically, my brother and I could pick one item from each of the non-essential aisles and then hope that item gets approved. My father exercised some veto power to protect the budget, so imported British chocolate went back on the shelf and we learned to make smart choices. And no purchases were allowed in the checkout aisle, where we had to wait in line and stare at three different flavors of Skittles.

My father’s goal was to get us to think more deeply about the products that make up a significant portion of the store: candy, snacks, sodas, and other stuff. This was done partly to keep us sane but also to keep the bill down. Per serving, oatmeal was cheaper than Cocoa Krispies even if you added some honey or brown sugar.

This was in the ’90s, so our local HEB had an entire aisle dedicated to generic drugs in plain black and white packaging, and my dad urged us to read the ingredient list to see if there was a difference gave quality between generics and brand names. To this day, I estimate that my dad’s supermarket race saves me around $1,200 a year on non-essential groceries alone.

My father also encouraged us to do meal planning. We got a say in which Night Hawk frozen dishes we brought home and whether we had peanut butter sandwiches for lunch every day or alternate turkey every day.

This game also had an important non-financial benefit: my father successfully distracted his children from the terrifying reality that their mother was in the hospital with a life-threatening condition.

He taught us how to manage money many years ago

My dad started teaching us about personal finance long before our supermarket race. I was about 7 years old when he introduced me to his mantra “debt is slavery,” which has added meaning since my brother and I are half black and we lived in Texas where literal slavery was rampant.

My father had some debt, but he wanted us to have as little as possible, and for him spending wisely was a stepping stone to financial freedom. We had countless conversations about the difference between wants and needs, my dad saying yes to new shoes when our Payless sneakers frayed, but no to the latest Des’ree album because listening to the radio was free.

In high school, my after-school job was teaching younger students, and due to my father’s early influence, I budgeted every penny of that income with my ledger and my #2 pencil. Before I went out with my friends, I would determine if I had enough money for pizza and bowling, or maybe just one of those things.

To this day, I rarely make impulse purchases, either in the supermarket or elsewhere. I have student loans and, more recently, a mortgage, but otherwise my consumer debt was essentially non-existent.

That’s not to say that as a family we didn’t spend money on fun things. My dad used to take us to the movies on a regular basis, he just wouldn’t let us buy refreshments there and instead we smuggled Ziploc bags of tortilla chips into the movie theater. Once he bought our tickets with spare change and insisted, “It’s legal tender!” while my brother and I pretended not to know him. But his financial lessons lasted much longer than my embarrassment.