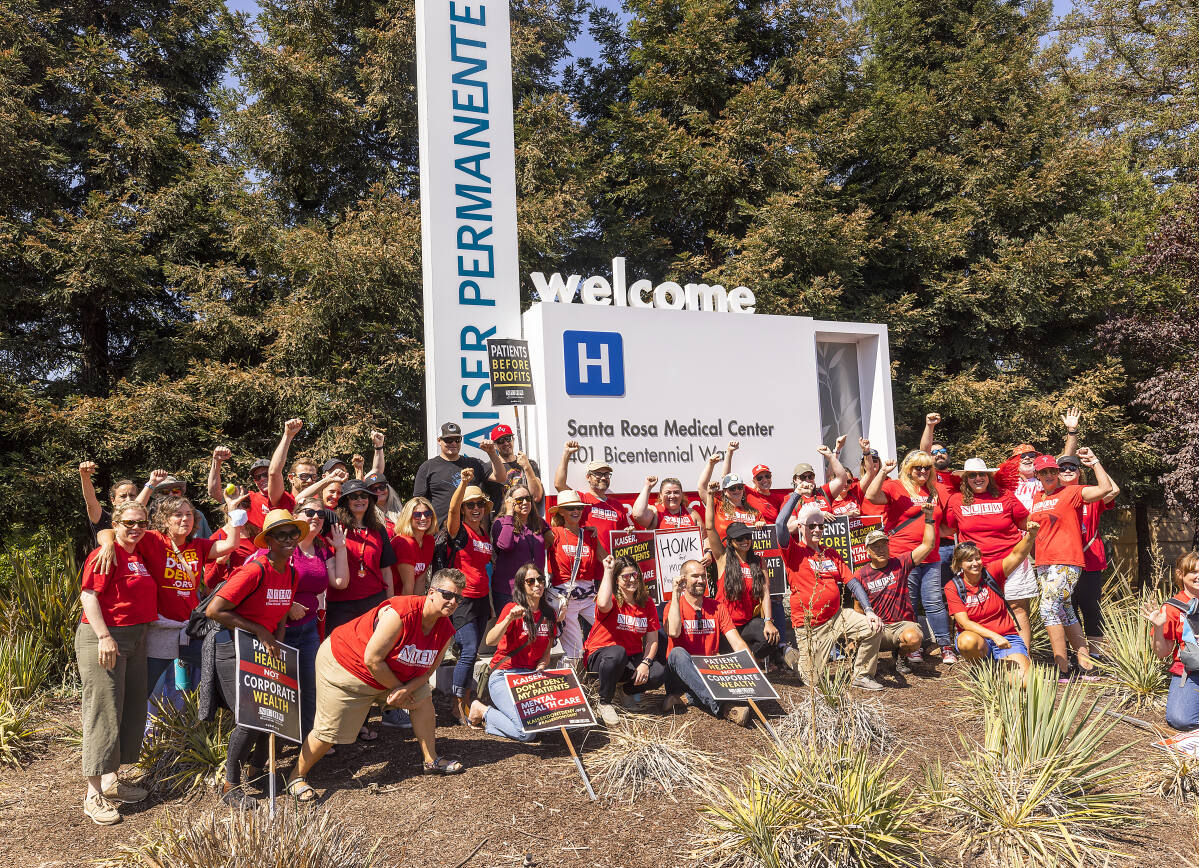 State and local health officials are investigating complaints that Kaiser Permanente has made dangerous cuts to mental health staff at its emergency department in Santa Rosa, despite the large number of patients in psychiatric detention.

The union representing striking mental health workers said cutbacks in the emergency department are leaving many psychiatric patients without care or supervision from midnight to 6 a.m.

The union called on the state and county to investigate reports of at least two suicide attempts in the emergency department over the weekend.

Kaiser officials dismissed the complaints as a labor tactic in ongoing contract negotiations. The healthcare giant said in a statement that state investigators are obligated to investigate all such complaints, regardless of their merit.

But the National Union of Health Care Workers, which represents striking mental health staff, insists the complaints are real and that Kaiser does not provide 24/7 mental health care in his emergency department. The unionized workers have been on strike for a month.

In some cases, psychiatric patients are held in emergency rooms overnight until a trained mental health professional is available to perform a psychiatric assessment in the morning, said Fred Seavey, the union’s director of research.

Seavey said that when the strike began Aug. 16, Kaiser relied on a “skeletal crew” of psychiatrists and on-call managers to care for psychiatric patients who entered emergency rooms overnight and early in the morning. When that didn’t work, he said, they took a more drastic step in late August.

“Rather than doing the right thing and finding staff…they just suspended care for those from midnight to 6am,” he said.

A screenshot of a communication, obtained by the union from an emergency department official, describes these times and lists the period between midnight and 5:59 a.m. as “No therapists available”. The article is dated September 1.

Company officials said they would not comment on internal communications.

“Early Saturday morning (September 10), two patients reportedly attempted suicide while inside (the emergency room),” Seavey said. “The circumstances of these (attempted) suicides have been noted – one apparently by hanging and a second by a cut throat…all of which raise concerns about the sufficiency of psychiatric staff in the emergency room.”

An emergency department employee separately confirmed the two cases, which happened at a time without any mental health experts on the job, although there were security guards on site, according to the employee, who asked anonymity for fear of potential reprisals.

Kaiser countered that it is not uncommon for hospital emergency departments to receive patients undergoing psychiatric emergencies, and their volume at any given time does not depend on the staff. The current strike is only making matters worse, company officials said.

“Instead, the increased volumes are driven by the crisis in mental care needs in our community and are exacerbated by the shortage of mental health care providers across the state and country and the COVID pandemic. -19 underway and the impact of the wildfires in our community,” the company statement read.

In recent weeks, the union has asked the California Department of Managed Health Care, which oversees HMOs, to investigate Kaiser’s emergency department staffing. On September 11, the union raised concerns about reported suicide attempts to the Behavioral Health Division of the Sonoma County Health Services Department.

Tina Rivera, director of health services, said last week that county staff had not received reports of attempted suicides from sources other than the union. But the county is reviewing the reports, she said.

“We have had discussions with Kaiser leaders who have raised these allegations to their local, state and national leaders,” Rivera said in an email. “I understand Kaiser is also in communication with the Department of Managed Health Care.”