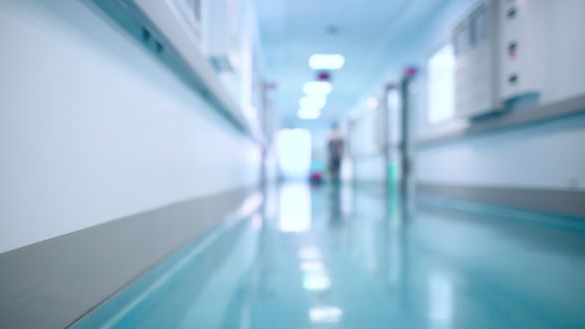 Long-term adult residents of a mental health facility were not allowed into their rooms until 9:30 p.m., and they were also forced to go to bed while it was “still light outside” during the summer. according to an inspection report.

The Mental Health Commission (MHC), which released two reports on inpatient facilities on Wednesday, said St. Catherine’s ward at St Finbarr’s Hospital in Cork City did not offer accommodation which always respects “the dignity and privacy of residents”.

He found that “nursing resources were insufficient”, food storage was unsafe, there was no social worker, and “insufficient access to occupational therapy staff”.

The establishment “did not offer adequate therapeutic activities and programs or follow-up of the physical health adapted to the needs of the residents”, “did not apply safe practices in a number of areas” and “the risks n ‘were not always correctly identified, assessed or managed â€.

There were 17 residents in the 21-bed unit at the time of the inspection, between April 13 and April 16, 2021, and all had been there for more than six months.

Although individual risk assessments were performed upon admission of patients and hazards such as slippery floors and tripping hazards were minimized, â€œthere was no indication that evidence-based nursing needs assessments had been carried out, despite the growing needs of an aging cohort of residents â€.

â€œResidents only had access to their rooms after the nighttime medication was dispensed. Some residents rested or slept in unsuitable chairs during the day because they could not access their rooms, â€the inspectors noted.

â€œResidents have expressed their displeasure at having to go to bed when the weather is nice outside during the summer months. Residents have also said they would prefer to have their own bedroom. Residents who had to share rooms said they would like to choose who they shared with. A lack of access to television after 9.15 p.m. was noted, with some expressing a wish to have a television in their room.

The commission said on Wednesday: â€œFollowing the inspection, the MHC has initiated an escalation process, forcing the center to take immediate action to address non-conformities deemed critical. The service responded by providing evidence that it had taken the appropriate corrective action. Explicit assurances were given about the unacceptable practice of locking rooms. “

A second report, on the Lakeview unit at Naas General Hospital in Co Kildare, found that residents did not have access to adequate personal space.

Inspectors found that the 23 residents of the 29-bed unit were not allowed to go upstairs – which housed the TV and other common rooms – after 8 p.m. The main floor common room could only accommodate four residents at a time.

â€œThe resident was under direct observation by a registered nurse for the first hour and under continuous observation thereafter. The resident has been informed of the end of the isolation, â€the report said.

The commission said on Wednesday: â€œThe center was also classified as high risk for the rules governing the use of seclusion and received five moderate risk non-compliances for individual care plans, treatment services and programs, general health, personnel and the use of physical care. detention.

“The service responded, providing evidence and assurances of the actions they took.”