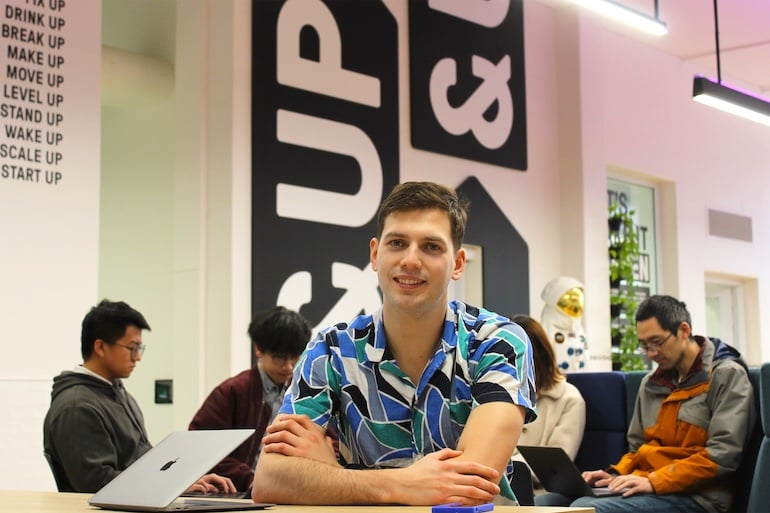 Launched in 2018 as a website developer specializing in the needs of allied health professionals, Splose quickly identified the challenges providers faced while trying to support participants and manage their obligations under the NDIS.

The South Australian government contributed $100,000 to develop the concept. Splose then quadrupled its market share in 12 months and is expected to have 10,000 monthly active users by the end of 2023. The company now has 10 employees operating from Stone & Chalk at Lot Fourteen.

Nicholas Sanderson founded Splose while studying at the University of ADelaide, saying he wanted to concentrate about the parts of the NDIS that it can process, such as reduce waiting times for assistance, as well as increasing cash flow so providers can engage more practitioners.

Splose saves a practice an average of 10 hours per week in administration, which equates to approximately $30,000 per year.

“Participants often spend months waiting to be approved in the NDIS. When participants are approved, we help suppliers streamline the process with online service agreement templates and case management tools to accurately allocate and maximize NDIS funding on the plan,” he said.

“Improving vendor cash flow is imperative to retaining staff and supporting participants, so developing batch billing capabilities and automating bulk payment requests to NDIA are some of the our core features.”

Speaking on Startup Daily, Sanderson said the cash injection will provide enough leverage for the next 18 months as the company begins to focus on its global strategy while supporting the NDIS.

“Their product is designed to simplify the administrative burden for healthcare providers and patients receiving care,” she said.

“I commend Splose and the company’s founder, Nicholas Sanderson, for their vision to create better systems for people receiving paramedical health and disability support services and to drive social and economic outcomes.”

Geelong Neuro Center in Victoria is a fan. Operations Manager Adam Coulter said he was high-performance, reliable and efficient software platform for their business.

“The ability to easily track individual customer cases in Splose has provided our customers, support coordinators, planners and team members with up-to-date funding data,” he said.

“Cases associated with the ability to batch bill clients’ services over a block of time have been well received by clients, especially self-directed or private clients. This makes the paperwork they do at home with claims much easier to manage. »

Stone & Chalk Group CEO Michael Bromley said the NDIS supports more than 500,000 Australians with permanent and significant disabilities and is expected to increase by more than $4.5 billion over the next four years to $44.6 billion.

“By creating automation workflows and industry-specific features that improve getting paid and reducing waiting lists, Splose will enable NDIS providers who use their software to support more people living with disabilities and ultimately create efficiencies within the NDIS to make it sustainable in the future,” he said.