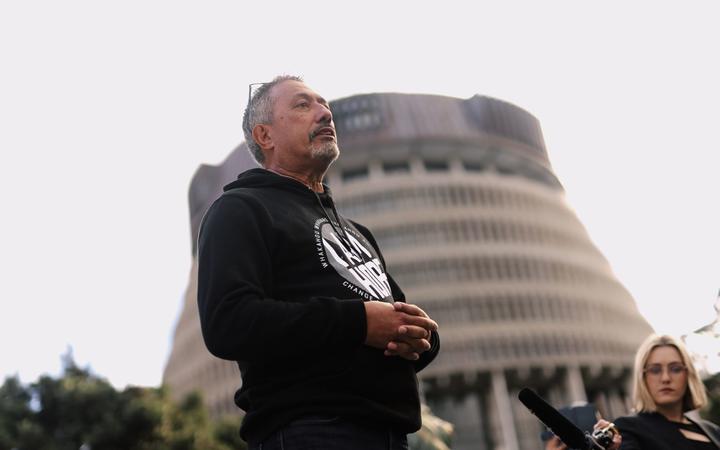 Hello and welcome to the Bulletin. In today’s edition: Mental health facilities still in crisis, a government expert warns of years of Covid restrictions and ACC bias against women and ethnic minorities.

Often, when discussing mental health services, one can adopt a very broad brush. So to start discussing the crisis in mental health facilities right now, it’s worth taking a close look at the work of a reporter who brought up some very specific examples of things falling short. Writing on Newsroom, freelance writer Oliver Lewis has published a series of stories that both describe and detail how this crisis unfolded. For example:

The story that broke last night about mental health facilities underscored how significant spending announcements may not impact actual service delivery. Newshub Jenna Lynch reports that since the announcement of $ 1.9 billion in 2019, only five new acute psychiatric care beds have been added in the country. Much of the story focused on a patient from Taranaki, who was placed on a mattress on the living room floor because all the beds were taken. She told Newshub that she saw no evidence that the money was going into the services – note that this is only one person’s opinion, but it was one person who saw this up close. end of the system.

Meanwhile, strong criticism of the government’s performance in this area continues from former comedian and mental health advocate Mike King. The New Zealand Herald reports that he recently returned his New Zealand Order of Merit Medal – awarded for his work in mental health – on the grounds that the work of fixing the system was not apparent. He said the 2019 announcement gave him real hope back then, but not anymore: â€œThere was such a euphoric feeling in the air, full of optimism and hope and I believed with all my heart things were about to change, finally we had a government that cared. Three years later I feel like we have let everyone down.

Government Covid fixer Sir Brian Roche has warned that 2 to 5 years of additional restrictions are likely in one form or another, including at the border. Things Thomas Manch reports that the comments took place around a larger discussion from the group led by Sir Brian, which was set up to provide advice on the response but has yet to provide ‘real-time’ advice to ministers. The group prepared a report on the Valentine’s Day cluster, finding no major failures, but saying communication with the public could have been simpler.

A new CCA self-analysis showed that the agency is biased against women, Maori and Pasifikas, reports Anusha Bradley for Radio New Zealand. All of these groups are less likely to have claims approved by the CCA, with increasing â€œdrop ratesâ€ of claims. One problem with gender inequities is that the types of injuries most likely to be suffered by men are more likely to be covered. Along with this, the ACC briefing to the minister included research showing that women and ethnic minorities “are all more likely to be seen as exaggerating, faking or seeking drugs when accessing health care. “, suggesting that prejudices exist far beyond just ACC.

Become a member today to help us analyze and discover New Zealand. Click here for more information on how you can support The Spinoff.

An announcement should not be too far off on the form of the entities that will govern New Zealand’s three-water systems. But as Press room Jonathan Milne reports that there could be a regional revolt, with WhangÄrei threatening to refuse to participate. Other tips are also making disturbing rumors about doing the same. The memoranda of understanding the councils signed with the central government last year – which set the whole process in motion – expire soon, and if there are any withdrawals, it will be fascinating to see how central government grows back.

General medicine services in Wairarapa are almost at full capacity, with 5 out of 7 clinics not accepting any new patients, reports Soumya Bhamidipati for the Time-Age. The waiting list for two clinics in Masterton is 300 people long, although some may be doubled. A major aspect of the problem is that rural and provincial areas are struggling to find enough health professionals to work there, as well as challenges in bringing people with these skills into the country.

A fascinating interview with a politician who was an integral part of two governments: Q + A did a long article on Sir Michael Cullen, who was best known as the Minister of Finance under Prime Minister Helen Clark. But his career has also spanned a whole generation of political changes, from Rogernomics to all that followed. Sir Michael suffers from terminal cancer and has just published a memoir, and I think we can be very grateful that he has chosen to make this contribution to the historical record.

Got comments on The Bulletin, or something in the news? Contact me at [email protected]

Andy Foster and the plan for Wellington. Photos: Getty and RNZ

Currently on The Spinoff: Lobbyist and town planning advocate Neale Jones writes about the Battle of the Wellington Space Plan and how it was captured by the NIMBYs. Ollie Neas reports a protest at Rocket Lab headquarters against their ties to the US military. Russell Brown meets some of the people who make the NZ Post delivery network possible. And RuPaul’s Drag Race Down Under winner Kita Mean stops by The Real Pod to reflect on her journey to the crown.

For a feature today, an exploration of the intricacies around Maori neighborhoods, and why that isn’t necessarily a clear or easy decision for councils. Local Democracy Journalist Felix Desmarais has heard from several councilors in Rotorua, which has just decided to bring in a Maori neighborhood for the next elections. Here is an excerpt from the comments of Tania Tapsell, a prominent Maori adviser and former National Party candidate who voted against:

She says voting against the Maori wards was “quite difficult”, given that the room was filled with Te Arawa who wanted them. She believed that many of these people respected her for standing up for what she believed in. “I am not here to be loved, I am here to make a difference and make the right decision.”

She says she didn’t get “one bad message” about her vote. She’s happy with her decision and isn’t worried it will impact polls in next year’s local elections. â€œWhen the problem for others was ‘we have to secure a place for the Maori at the table’â€¦ in fact the question we should be asking ourselves is how do we make sure the mana whenua is there.

“We’re trying to do this to have fair representation, to recognize Te Tiriti o Waitangi, and if we’re really doing it, then we should be doing it in a way that represents mana whenua.”

There was no cricket test last night due to the rain, but it did put rugby’s brave underdog a bit of the spotlight for once. This came in the form of an announcement from the All Blacks squad, for the upcoming matches against Fiji and Tonga. Things Richard Knowler led the leader of the team, which will be led by Sam Whitelock, evaluating what he says about who is under the long-term selection.

That’s all for Le Bulletin. If you would like to support the work we do at The Spinoff, please see our membership program.

Subscribe to Rec Room, a weekly newsletter bringing the latest videos, podcasts, and other recommendations from The Spinoff straight to your inbox.