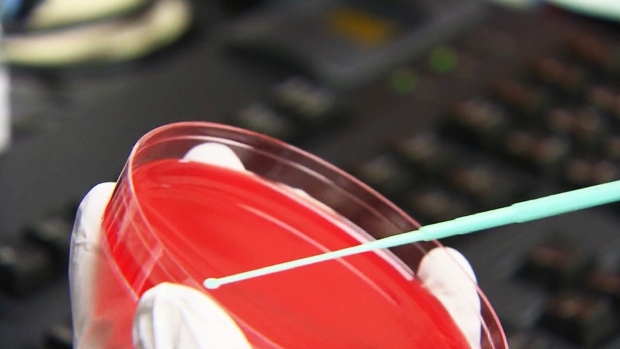 CALGARY – Alberta needs a better way to prevent the growing number of syphilis cases in the province, according to professionals who are studying the infection and working with sexual health groups in Calgary.

The number of syphilis in Alberta is the highest in about 70 years. According to health data from the provincial government, 365 cases of infectious syphilis were identified in Alberta in 2015. In 2020, the number of cases has climbed to 2,509.

During the first quarter of this year, 765 cases were found in the province.

â€œOur cases are the highest we’ve seen since the 1940s, so it’s pretty shocking to see these kinds of numbers,â€ said Dr. Ameeta Singh, an infectious disease expert at the University of Alberta.

Dr Singh said there are a number of reasons syphilis cases are on the rise in Alberta and elsewhere.

â€œThere is no doubt that all over the world today, social media apps are used to organize casual sexual contacts and partnerships. In fact, about a third of our cases (in Alberta) report anonymous partners, â€she said, adding that other factors could include fewer people wearing condoms.

“A disproportionate number of cases involve Indigenous people and also people who are affected by multiple social determinants of health – so they are affected by homelessness, addictions, mental health issues as well as poverty,” said Dr Singh.

Dr Singh said 135 babies have been born in Alberta with syphilis since 2015 and 30 of those babies have died.

“So it’s really horrible. We shouldn’t be seeing that in Canada today,” she said.

HIGHER CASES IN EDMONTON, CALGARY COULD BE NEXT: EXPERTS

Although cases have increased in all health regions in Alberta in recent years, Edmonton is experiencing a much faster spread of the infection than other parts of the province.

“It’s going to happen in Calgary, probably with similar numbers (like in Edmonton),” said Pam Krause, president and CEO of the Center for Sexuality in Calgary.

Krause said the number of recorded cases is likely lower than the actual number of infections in the city, largely due to the stigma surrounding sexually transmitted infections (STIs) and the lack of resources to get tested.

â€œReally what this tells me is that Alberta hasn’t had an effective strategy to work on sexually transmitted infections for a very long time. There is very little emphasis on prevention and so we see the consequences of those spikes, â€Krause said.

In an email, a spokesperson for Alberta Health said they are working with community organizations, primary care networks and other health care providers on hand.

“Planning is underway for communication activities and initiatives that target specific populations and local geographies that have the highest rates of syphilis,” read a statement from Alberta Health.

Healthcare Professionals to Explore Improving Wellness for Clinicians and Clinical…