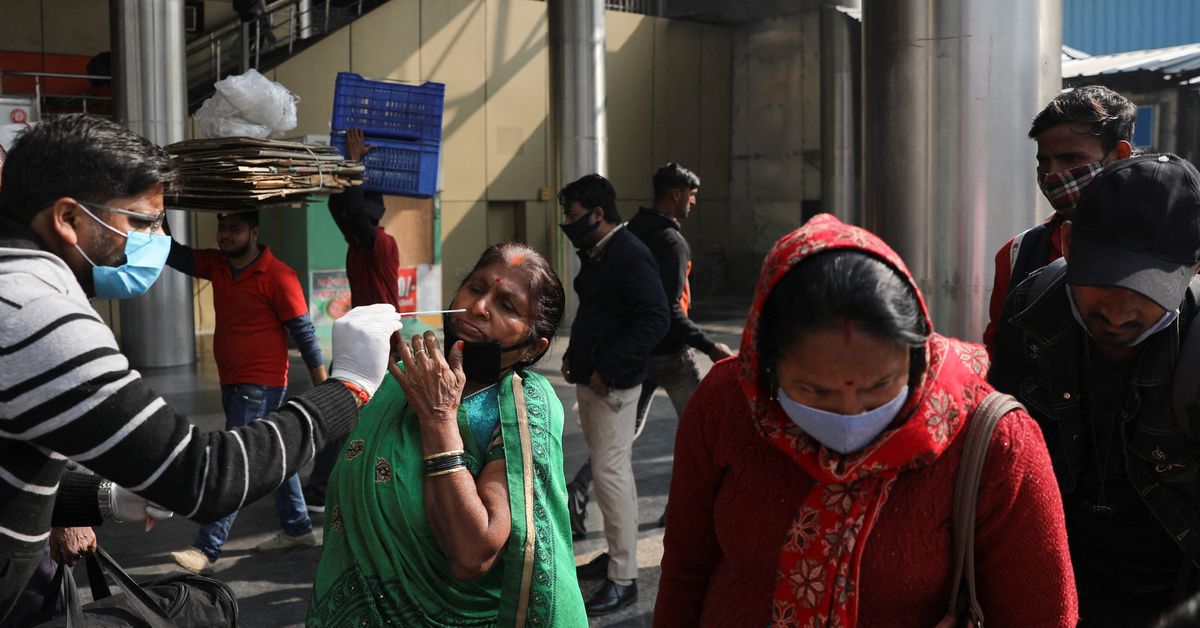 NEW DELHI, Dec 23 (Reuters) – Indian Prime Minister Narendra Modi on Thursday urged heads of state to boost oxygen supplies and strengthen health infrastructure to contain a possible spike in Omicron cases ahead of the festive season, as gatherings in public spaces and markets grow in size.

India recorded 236 cases of Omicron coronavirus in 16 states in the past 24 hours, the federal health ministry said, more than double from last week.

“The Prime Minister has directed officials to ensure that state health systems, starting at the district level, are strengthened to meet any challenges posed by the new variant,” the government said in a statement.

“It is important that states ensure that oxygen supply equipment is installed and fully functional, he (Modi) instructed officials,” he added.

Ahead of Thursday’s Modi meeting and in a second notice issued this week, the federal government urged states to impose restrictions lasting nearly two weeks if there was a risk of an outbreak.

“The Center has advised states and UTs (union territories) not to let their guard down and maintain preparedness to combat COVID19 (and its variants) in view of the new Omicron variant,” said the government in a separate statement released earlier today.

While more than half of India’s adult population is fully immunized, hundreds of millions of people are still at risk. Doctors warn that if a third wave of infections fueled by Omicron hits the country, medical facilities could be overwhelmed very quickly.

Modi’s government came under scathing criticism over the summer when India’s health system was overwhelmed by a deadly second wave that killed tens of thousands of people.

Residents of the capital, New Delhi, scrambled to find beds as oxygen supplies ran out, ambulances ran short and morgues ran out of space.

This week, authorities in New Delhi announced a partial ban on public Christmas and New Year celebrations to prevent overcrowding.

A senior Delhi police official said around 300 to 350 officers had been deployed to enforce COVID-19 protocols, mainly to quell crowds in markets, where shoppers thronged without masks.

“We briefed our men on the ground to strengthen enforcement,” said Deepak Yadav, deputy commissioner of police for the New Delhi district.

Earlier this week, the health department in the southern state of Karnataka – among the five states reporting the highest number of Omicron cases – banned churches from using roads or public places to welcome people during mass or for other celebrations.