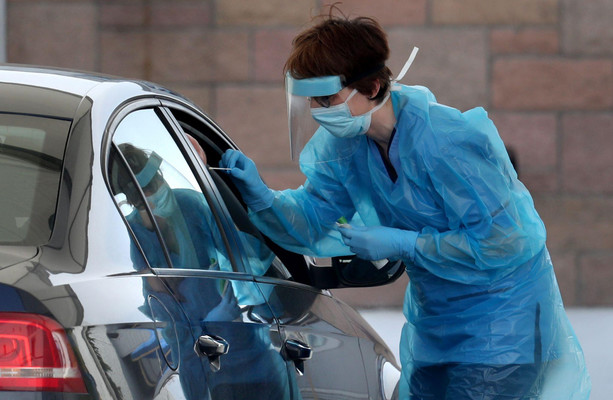 HSE ‘still in the process of identifying’ health workers eligible for payment of €1,000 pandemic bonus

THE HEALTH SERVICE says it is still trying to identify workers eligible for the €1,000 pandemic bonus despite being asked to start making payment in April.

Stakeholder groups and the health minister have raised concerns about the slow rollout of the tax-free premium, details of which were announced last month.

Private groups also said they had not yet received details of how and when they would be paid, although Stephen Donnelly said last month that information would be available shortly.

The payment was first mooted late last year and officially announced in January as a sign of gratitude for the work of healthcare workers during the Covid-19 pandemic.

Those eligible for payment include full-time and part-time health workers who worked in virus-exposed settings for at least four weeks between March 1, 2020 and June 30, 2021.

Both full-time and part-time workers are eligible for payment, although the amount due to the latter must be pro-rated.

Employees who left or changed jobs during the period are also eligible, but must complete a declaration form to request payment by the end of June.

The HSE was asked on April 19 this year to start identifying those who are eligible for payment to start paying them “as soon as possible”.

The Irish Nurses and Midwives Organization reported last week that only two hospitals have paid out the bonus to workers since its approval, although a small number of others are expected to start issuing payments in the coming weeks.

The union’s director of professional services, Tony Fitzpatrick, said The newspaper that the system had been “extremely sluggish and sluggish” since it was announced in January.

“The risk is that the property was taken out of this payment because of this delay,” he said.

“We can’t overstate the level of fatigue that exists within the workforce, and it’s something that you would imagine would lift a bit of spirits, but it’s been very clumsy in the way it’s been treaty.”

He also said the health service had been effective in prioritizing healthcare workers for vaccination during the Covid-19 pandemic, and that a similar system could apply when it came to payment of the pandemic premium.

Health Minister Stephen Donnelly said last week it was taking too long for the bonus to be paid to healthcare workers, although he believes all eligible staff will soon receive the payment.

Announcing details of the bonus in April, Donnelly said the “next phase” of payment to staff not employed by the HSE or Section 38 agencies – groups funded under the Health Act and whose staff are considered civil servants – would be “announced in due course”. ”.

An HSE circular has been issued for staff on contract with the HSE and so-called Article 38 agencies, but no details of other payments have been revealed.

Nursing Homes Ireland CEO Tadgh Daly said The newspaper that his group had not yet received details of the payment or which staff would be entitled to it.

“What we are waiting for now, and what staff and the sector are ultimately waiting for, is a timetable and a firm date as to when he will be paid,” he said.

“Even if it did come out, it would give people an idea of ​​when they are likely to expect it.

“When it was announced in January people were probably anticipating it would be useful for doing summer vacations or back-to-school expenses, but there is a level of frustration among staff that they still don’t know about. definitively.”

Daly added that the latest information the group had received was from mid-April and that he was calling on the government to speed up payment and confirm when and how care home staff would be paid.

In response to questions, an HSE spokesperson said the health service was still advancing payment in hospitals and community services for staff eligible for payment.

“It is expected that there will be an increasing number of employees receiving payment in the coming weeks,” a statement read.

“The HSE remains committed to ensuring that payments are made to all eligible staff as a matter of priority.”

The Department of Health, which must approve payment for non-HSE or Section 38 workers, has been contacted for comment.

Deal of the week: Prevail Bank