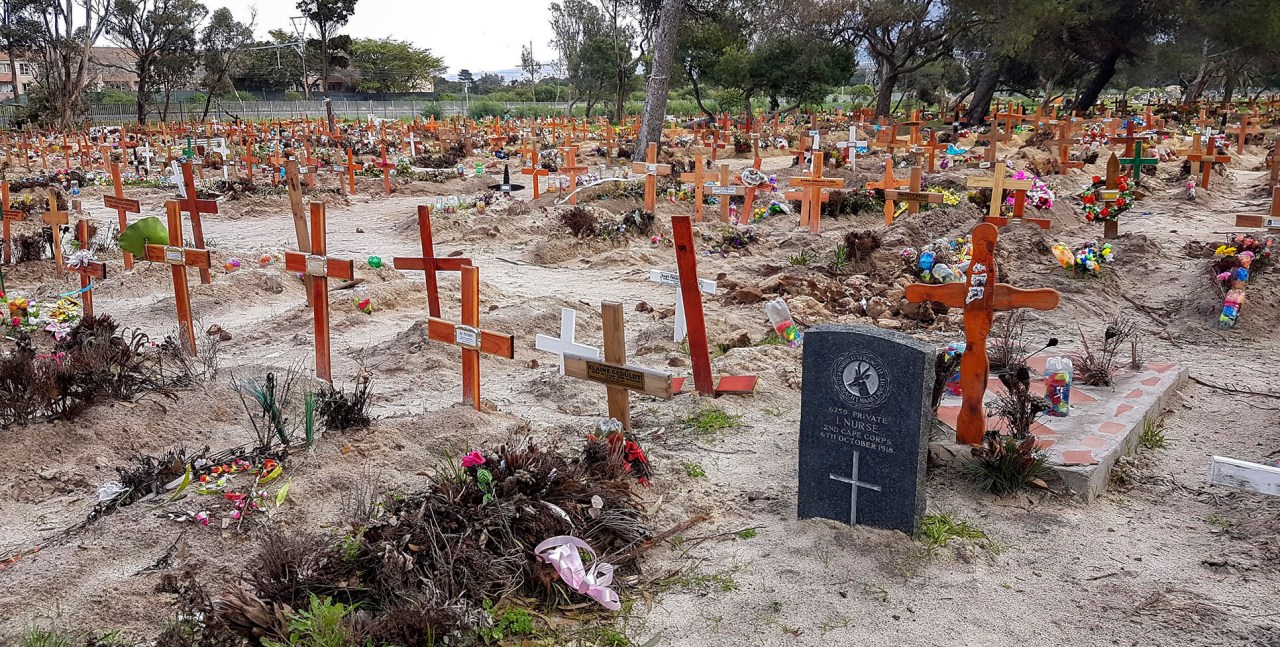 How death is managed in healthcare establishments: can we be…

It is important to do things right. One mistake can cause lasting trauma to surviving friends and family, at a time when they least need the added stress and anxiety.

The case of Johannes Januarie

This was the case for two Pretoria women and their family members. Jacqueline Januarie and Althea Jacobs were left furious, traumatized and still without closure after the death of Johannes Januarie (59) on January 6 at Mamelodi day hospital. Jacqueline was his sister and Jacobs his ex-wife.

Virginia Keppler of community activism group Rea Thusa/We Help spoke on behalf of the family. Keppler says the women were ‘turned around, left walking from ward to ward and flipping through patient books’ when they tried to find a doctor to find out the last moments of Johannes’ life and where his body was. was retained. When they wanted to retrieve his belongings, they were led to a room which Keppler said was a storage room with “cleaning supplies and was filled with bloody laundry and other large black bags containing the effects of ‘other’.

“They stayed traumatized and angry, looking through these things. They didn’t even give them gloves,” says Keppler. The women started taking pictures on their phones and that’s when hospital staff allegedly roughed them up, tried to confiscate their phones, and then locked them in the room, Keppler says.

“They were locked in there for 15 minutes. These are two people who have just lost a loved one – everyone has lost a loved one, they should know how it feels. If you are poor, you are treated worse than a dog. Even now the family hasn’t been able to get Johannes’ things back, which his mother wants back because it’s their tradition,” says Keppler.

The story of the Januarie family is one that raises alarm bells as it signals how services in some hospitals may be drifting away from the ideal of compassion and empathy as the heart of health services. It also highlights a larger question about how medical efforts to prevent death – even overmedicalization at the end of life – can mask the need to understand death in the context of a cycle of life and death.

“Not just about science and good medicine”

Professor Kevin Behrens, director of the Steve Biko Center for Bioethics at Wits University, says: “This is an issue that has not received enough attention. These things are taught, but we don’t say clearly enough that when you choose a profession in medicine, you don’t just assume knowledge of science and mastery of medicine – you also accept the fact that at some point , you will be working with extremely vulnerable people who find themselves in a position where they are incredibly compromised.

Behrens says there should be a greater focus on teaching techniques and skills that balance empathy and engaged communication “without taking on everyone’s pain and dealing with burnout.”

It is also up to institutions and their superintendents to set standards, uphold those standards, and ensure that there are consequences when staff members violate them by being dismissive, professionally inattentive, and just plain mean. Behrens says patients also need better avenues to vent, a place where complaints are taken seriously, and also for patient awareness to be improved so people realize they don’t need to put up with it. bad attitudes from doctors, nurses or support staff.

“Doctors and nurses need to understand that this feels routine to them, but for the person receiving the news, it’s devastating,” Behrens adds.

Behrens also argues for the medical profession to reframe death and dying, not as the point of having run out of medical options or being the loser in a medical battle. Death is not failure, he says.

With nearly two and a half years of Covid-19, marked by death and dying dominating television screens, news feeds and Zoom connections for funerals, death is still too taboo, too depressing a subject for be easily discussed. It led to the release at the end of January of a Lancet Report of the Commission entitled The value of death: bringing death back to life (Lancet Commissions are special reports of The Lancet medical journal). The commissioners are three co-chairs and 22 commissioners, with collaborators in more than 110 countries.

The report calls for a “rebalancing of death and dying” to achieve a “realistic utopia of a new vision of what death and dying could be”. Changing death systems, they say, should be based on five principles. These are: “the social determinants of death, agony and bereavement are addressed; death is understood as a relational and spiritual process rather than just a physiological event; care networks lead support for dying, caring and bereaved people; conversations and stories about everyday dying, death and grief become commonplace; and death is recognized as having a value”.

He concludes by stating, “Death and dying must be recognized not only as normal but as precious.

Leigh Meinert, advocacy manager for the Hospice Palliative Care Association of South Africa, says Covid-19 should refocus attention on creating stronger interdisciplinary frameworks to support patients and families through dying, dying and mourning. It should also remind us of the importance of the basic principles of respect and dignity.

“When you create interdisciplinary teams, there is a referral system, it’s not about waiting for doctors and nurses or hospitals to provide bereavement counseling, it’s about working with social workers, psychologists, religious leaders and other community support structures,” Meinert says.

They are also not “good to have”, she adds, because palliative care is a national policy and also a requirement of the World Health Organization (WHO).

“We have a national policy on palliative care, which was approved in 2017, which requires each province to put policies in place. Unfortunately, the only province that has done so is the Western Cape. So it’s a question of implementation.

“WHO recommends that all healthcare workers receive basic training in palliative care, but this has not been implemented in undergraduate curricula nationwide, so doctors and nurses find themselves ill-equipped and ill-supported to deal with the complex communication tasks and ethical dilemmas the pandemic was forcing them to engage in,” adds Meinert.

For the Health Professions Council of South Africa, there is no specific policy in place to guide its members, says Christopher Tsatsawane, head of the corporate affairs division. “The practitioner must manage death in accordance with the law of birth and death.” He also referred to a 2020 Western Cape Department of Health directive which sets out procedures for issuing death notices.

“Palliative care was not yet our usual business in the public sector – we focused on prevention, promotion, curative care and rehabilitation – we were still at the start in many areas”, he said. she said during a recent presentation. Arendse also highlighted the need for spiritual care; better recognition of the role of social workers; and the need to demystify palliative care myths.

The Januarie case is currently under investigation

Returning to the death of Johannes Januarie and the treatment of the Januarie family following his death, Media and Communications Officer at Mamelodi Day Hospital Aobakwe Selebogo confirms that they have opened an investigation into Januarie’s case . Selebogo says the hospital tried to contact the family to return Januarie’s belongings.

“We have reports of the family becoming hostile, aggressive and disrupting service delivery, hence the need to call security to intervene. The hospital contacted the family to give them an opportunity to voice their concerns and dissatisfaction…they declined.

Responding to questions about training to improve professionalism, empathy and skill in guiding family members through procedural and administrative processes after a death, Selebogo says they have ongoing professional development courses in the institution led by staff development and quality assurance teams.

What should happen when a loved one dies in hospital?

Mamelodi Day Hospital described its procedures for notifying next of kin of a death.

They say this is a task that should be undertaken by the on-call clinician but a charge nurse can also give feedback. The death is recorded on a TPH 135 form.

Next of kin should be called to come to the hospital and told of the death in a counseling room and given the opportunity to ask questions. If the news is communicated by telephone, the nurse must be able to “conduct telephone consultations in the event of bereavement”. In cases where the next of kin cannot be located, the police are notified and instructed to locate family members.

At the hospital, the authorized personnel must take the family to the morgue where the personnel will have in their possession the documents (BI 1663 forms) completed by the doctor who declared the death. The mortuary attendant helps fill out forms and ensures that overdue payments to the hospital are processed. A designated contractor must also complete the corresponding section of the BI form. the the morgue attendant then seals the forms as confidential and releases them to the family, which can then only be opened by Home Affairs officials. SM/MC

*This article was published by Projector – public interest health journalism.