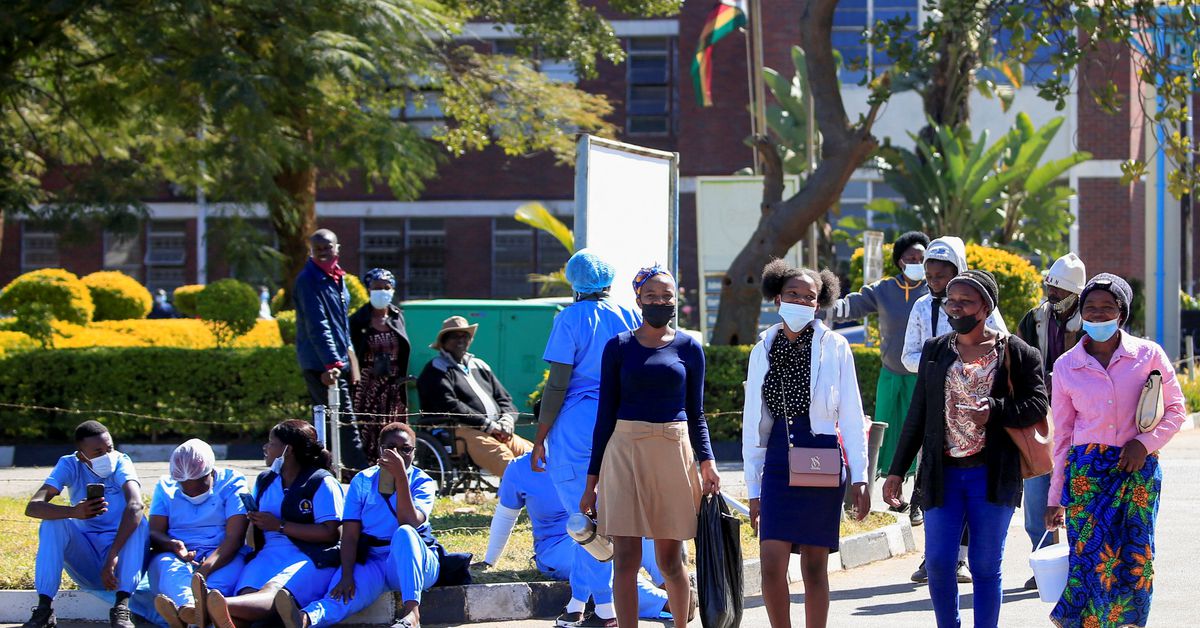 Zimbabwe’s main nurses’ union has urged the government to negotiate and warned lives will be lost if the dispute is not resolved quickly.

The government and health workers are at an impasse after inflation jumped to 131.7% in May, a grim echo of the hyperinflation that wiped out people’s savings a decade ago.

Government workers on Friday rejected the offer of a 100% pay rise below inflation.

At Sally Mugabe Hospital in Harare, patients seeking treatment sat in the courtyard as doctors, nurses, radiographers and pharmacists left their workplaces in protest.

“The salaries the health workers received last week were pathetic,” Enock Dongo, head of the Nurses Association of Zimbabwe, told Reuters, adding that the majority received 20,000 Zimbabwean dollars ($53) a month.

He said medical professionals across the country had decided to strike until they were paid $540 a month, the salary they received in 2018 before the local currency crashed.

A government spokesperson did not immediately respond to a request for comment.

President Emmerson Mnangagwa, who succeeded longtime leader Robert Mugabe in a 2017 coup, has struggled to end an economic crisis that began under his predecessor.