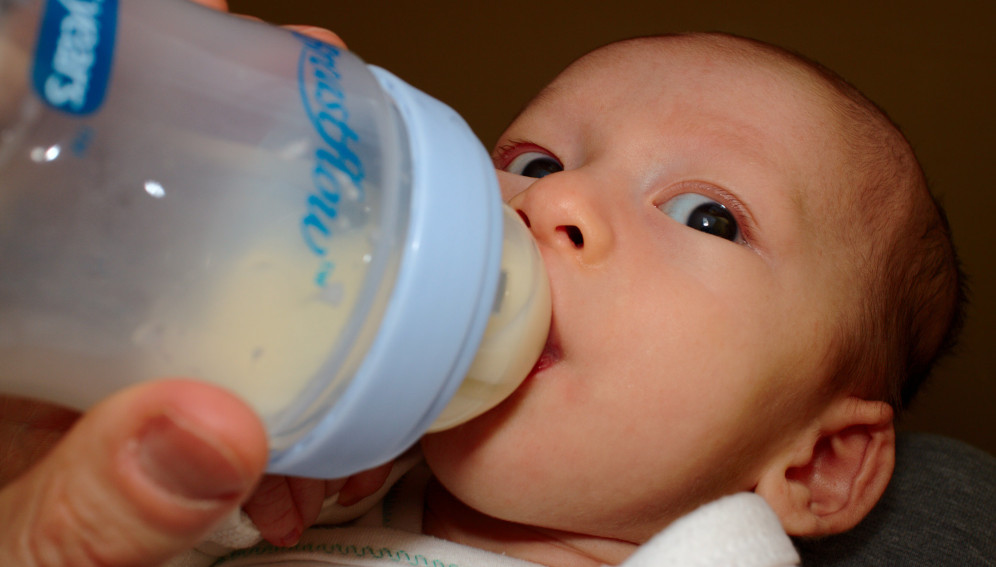 The “pervasive, deceptive and aggressive” marketing of baby milk powder is harming the health of children in middle- and lower-income countries, according to a UN report.

Abandoning the use of powdered baby milk – known as infant formula – and replacing it with breastfeeding could prevent around 800,000 deaths of children under five and 20,000 deaths from breast cancer in mothers every year, WHO and UNICEF said in a report released earlier this week (Tuesday).

Swiss food company Nestlé – which has been the target of a consumer boycott over the issue for decades – continues to market infant formula for infants under six months but will stop at the end of this year, Marie Chantal Messier, head of food and business industry for the company, said.

“We market breastmilk substitutes responsibly and follow the WHO code as implemented by national governments or our strictest Nestlé policy in the industry,” she said.

“In 2020, UN agencies and some civil society organizations have called on companies to make additional commitments related to the WHO Code. In response, we have decided to unilaterally stop the promotion of infant formula in all countries for babies aged zero to six months by the end of 2022,” she added.

The International Code of Marketing of Breastmilk Substitutes was adopted by the World Health Assembly in 1981 to protect parents from aggressive marketing practices.

However, the US$55 billion formula industry continues to put profits ahead of child health, according to the report.

The analysis was based on surveys of 8,500 parents and pregnant women and 300 health workers in urban areas of Bangladesh, China, Mexico, Morocco, Nigeria, South Africa, Vietnam and the UK.

He found that women were much more likely to choose formula feeding after being exposed to the marketing of breastmilk substitutes. Yet a majority of women, including up to 98% in Bangladesh, expressed a strong desire to breastfeed exclusively.

According to the report, marketing messages were often laced with myths about breastfeeding and breast milk, including claims that formula milk is necessary in the first days after birth, that breast milk alone is insufficient for infant feeding and formula milk keeps infants full longer.

“One of the most dominant findings across countries was how science was used to validate, instill confidence and endorse products, but the evidence presented was not consistent with established science,” said Nigel Rollins, Head of Maternity and Newborn Department of WHO. , Child and adolescent health.

Unregulated and invasive online targeting and sponsored advice networks and helplines that violate international standards are among the tactics employed by the industry to influence parents’ decisions on how to feed their babies, according to the report. .

Online campaigns aim to engage women early in their pregnancy to create brand loyalty that will last through infancy, toddlerhood and beyond.

“There is an increasing use of digital media in infant food marketing, especially social media,” said Sonia Hernández, a maternal health specialist in Mexico.

“This is essential because in many places, including Mexico, this platform is unregulated and poses quite a challenge when it comes to enforcement,” she added.

Even more worrying, according to the report, is how the industry “systematically targets” medical professionals to push its products.

“[Health professionals] were incentivized, sometimes with a commission on sales, free gifts and a range of incentives, to endorse the products,” Rollins explained.

In Nigeria, more than a third of pregnant women surveyed said they had been recommended by a health professional to use infant formula.

In Bangladesh, 72% of exclusively formula-fed women received a recommendation from a health professional to give formula, compared to 18% of women who breastfed, according to the report.

“There are [a] need to intensify campaigns to protect, promote and support exclusive breastfeeding for children under six months [old] for optimal growth,” said Anne Gitimu, Program Manager for Reproductive, Maternal, Newborn and Adolescent Health and Nutrition at Amref Health Africa in Kenya.

This piece was produced by the SciDev.Net Global Office.

Health professionals explain how winters can impact your mental health