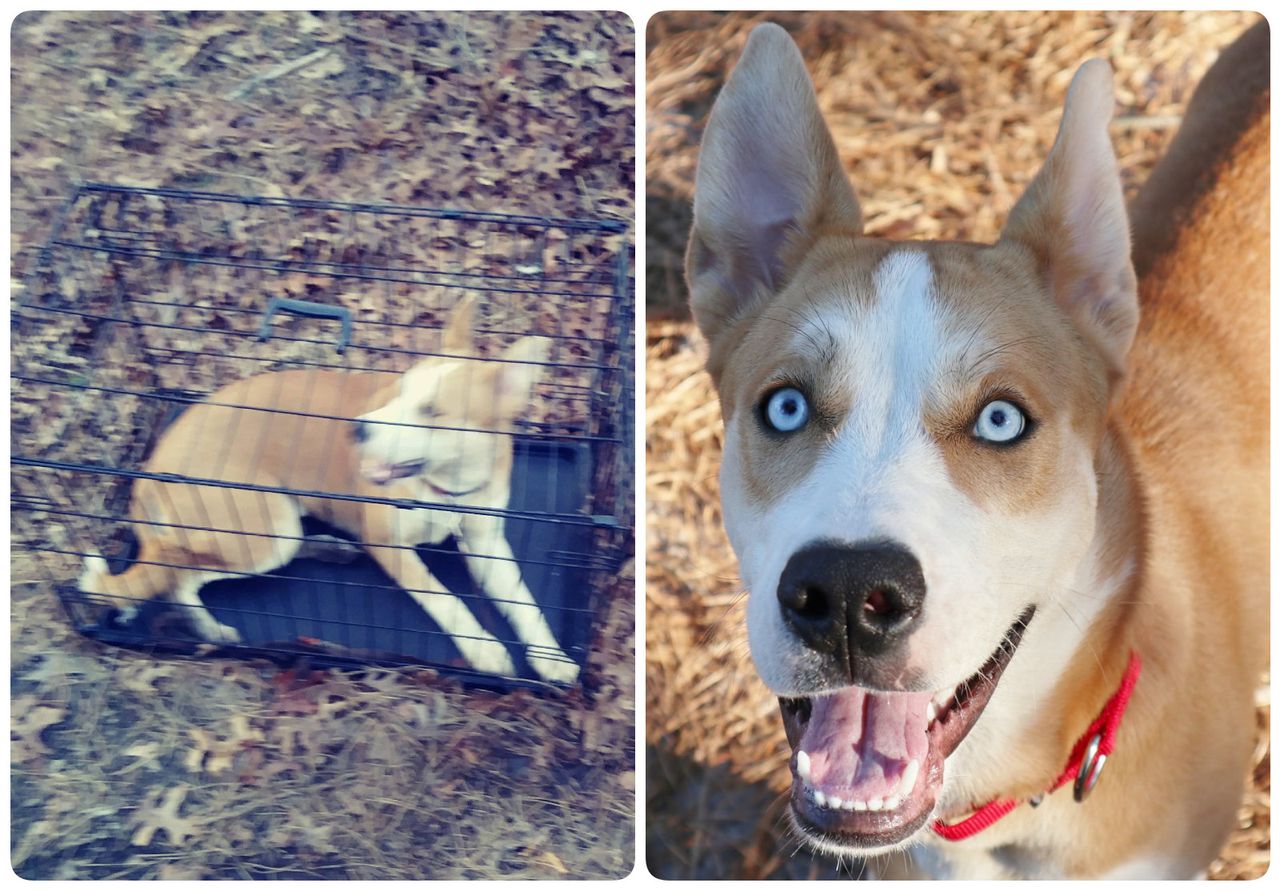 
A dog found abandoned in a wooded area in Barnegat has found a temporary home Associated Humane Popcorn Park Shelter while investigators continue their search for the person who left the animal there.

The shelter’s animal welfare officer was dispatched to the 1450 West Bay Avenue area on Monday because of a call from an abandoned dog, the shelter said in a statement.

A man had spotted the box when he was leaving the club and when he went to check it out he saw that the dog had broken out and was walking around on a leash, officials said. He secured it back in the box and pulled it out of the woods while he waited for the animal control officer to arrive.

The dog, now called Ginger, was wearing a pink collar but had no tags and was not microchipped, the shelter said. She was taken to her medical department, received all necessary vaccinations, and the Barnegat Police and the community humane police officer were alerted.

“We cannot imagine what goes through someone’s mind when they commit such cruelty to a helpless animal,” says the animal shelter’s contribution. “How someone could lock this dog in a box, leave him in a rural wooded area and turn his back on him and walk away is a mystery to us.”

The shelter is offering a $ 1,000 reward for information leading to the arrest and conviction of the person responsible for leaving Ginger, and anyone with information is encouraged to email the city’s humane law enforcement officer at palasits385 @ barnegatpolice.us.

Ginger was not yet available for adoption Wednesday night, but the shelter said it would post an update on its Facebook site when it is and that applications would not be available in advance.

Thank you for relying on our journalism that you can trust. Please consider supporting NJ.com with a voluntary subscription.

Chris Sheldon can be reached at [email protected].

If you had invested $ 1,000 in AMD’s initial public offering, you would have…