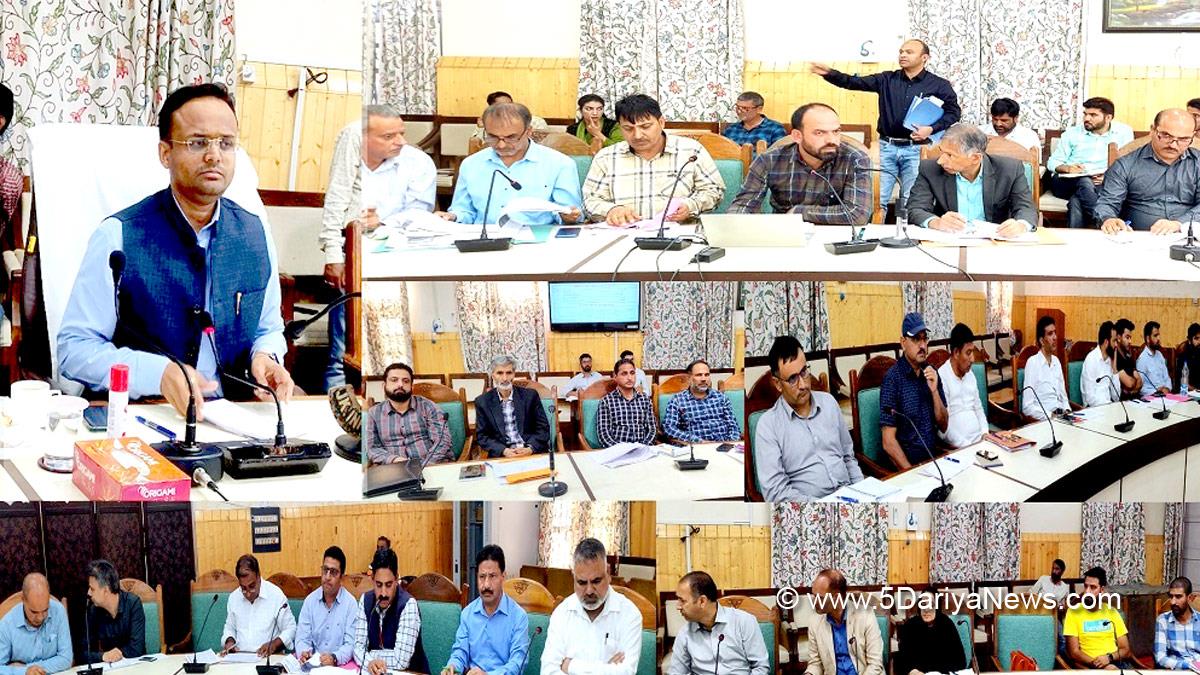 District Development Commissioner (DDC) Kupwara, Doifode Sagar Dattatray today said that healthcare is the top priority of the district administration and advised doctors to uphold the grace of this noble profession. The DDC was addressing a meeting of doctors convened here to review the state of health facilities in the district.

Addressing the meeting, SDC said that the health department is a purely professional service where every medical/paramedical staff should provide their best services. He asked them to work with extra effort so that all deliverables can be achieved as an aspirational district.

Likewise, the meeting was informed that 378554 lab tests, 30173 X-Ray, 14997 USG were performed during the same period. In addition, 3236 institutional deliveries were also performed, including 2035 normal deliveries and 1201 cesarean sections.

He was also informed at the meeting that 1262 dialyses and 3383 CT scans were also carried out in the district.

The DDC has ordered officers to expand the range of services so that as many people as possible benefit from them. CMO Kupwara, MS District Hospital Handwara, MS SDH Kupwara, JD Planning, Block Medical Officers and other concerned persons attended the meeting.