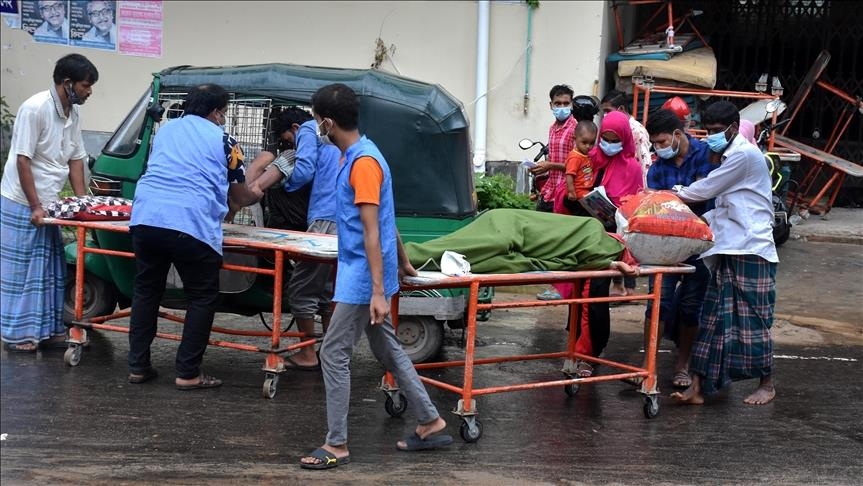 Growing numbers of critical patients were rushing to health facilities in Bangladesh’s capital Dhaka on Thursday as the coronavirus situation continued to worsen.

The government has extended the ongoing closure of educational institutions until August 31 amid a spike in infections, according to a circular from the Ministry of Education on Thursday evening.

Bangladesh is among 19 countries that have not opened schools during the pandemic despite calls from United Nations agencies to reopen campuses as learning continued to be disrupted.

Adding to the distress of medical professionals is a dengue fever outbreak which is wreaking havoc as several patients have been admitted to hospitals in a double whammy in Dhaka since last week.

A record 194 dengue fever patients were admitted to hospitals on Thursday, including 181 in Dhaka alone, according to the DGHS.

The government recorded 2,292 dengue patients who were admitted to hospitals in January.

As COVID-19 cases rise, authorities have lowered the age limit for those wishing to get vaccinated.

Those aged 25 and over can now be registered for the mass vaccination campaign.

Previously, the government lowered the age limit from 35 to 30 and gradually lowered it from 55 as the pandemic continued to worsen and more vaccines began to arrive.

Amid the alarming spike in infections with the presence of the Delta variant, Bangladesh administered 12.8 million vaccines, including the first and second doses.

The South Asian country has implemented a strict 14-day lockdown since July 23 amid a rise in cases.

Copyright 2021 Anadolu Agency. All rights reserved. This material may not be published, broadcast, rewritten or redistributed.

Coronavirus cases are on the rise; Local health professionals ask for vaccines