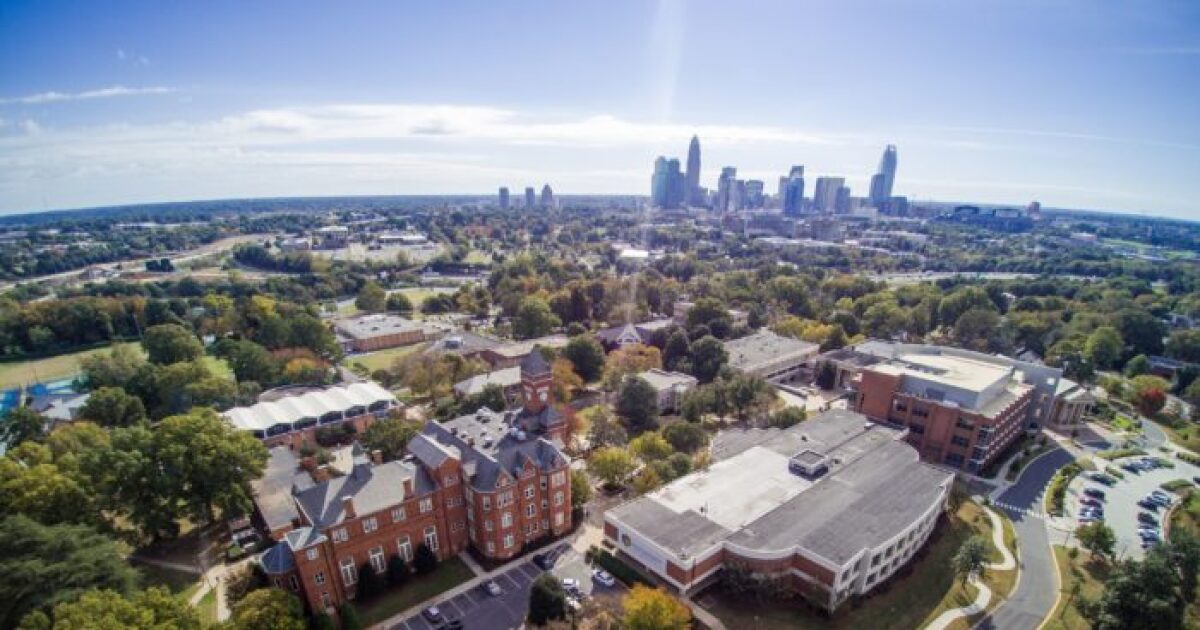 Students are back on the Johnson C. Smith University campus in Charlotte, but not as many as, say, two years ago. University officials say enrollment has fallen from a peak of 1,500 students in 2019 to 1,200 students this semester. Regarding new programs and efforts to make Smith more visible, President Clarence Armbrister says he attributes most of the drop in enrollments to the COVID-19 pandemic.

Clarence Bracelet: COVID-19 has had a very, very significant impact on Johnson C. Smith, in large part because unlike many other campuses across the country, we were closed year-round. We brought the students back two weeks ago. It was the first time in over 500 days that we had students taking regular classes on campus.

Gwendolyn Glenn: Are students also on campus and also virtual? Or are all classes personal?

Crossbow: We have created two cohorts here on campus. As you know, our colors are gold and blue, so we have a gold cohort and we have a blue cohort. Each cohort will attend classes in person for one week, while the other will complete classes online synchronously – ie simultaneously with classes. And then they change every week.

The classrooms are not crowded. We have small markings in all places where you cannot sit and masks are mandatory in all indoor facilities on campus and especially in the classrooms.

So we have plexiglass barriers between the instructors and the students and instructors are also wearing masks. We have hand sanitizer in the classrooms so people can ensure they maintain their own personal health. We got a signpost, you know, up and down stairs, stuff like that. We are really trying to maintain social distancing and making sure we are doing everything we can to maintain the safe environment for everyone on campus.

Crossbow: We have that too. We have required mandatory immunizations for all of our students, faculty and staff with two exceptions: if you have had a doctor, physical exemption and/or religious exemption.

Glenn: And now, do you know what percentage is?

Crossbow: For the faculty, the great, great majority, I’d say probably over 90%. The numbers are slightly lower for our students. (There are) many other students who have applied for an exemption.

Glenn: Well, let me ask you: how much federal COVID-19 funding has the university received and how is it being used?

Crossbow: The university as a whole probably received over $30 million in aid. And it’s very important that we have that money because registrations are going down. Also, we had to spend a lot of money to create a safe environment. But significantly, much of that money will go to lost revenue. You know, when we closed in March, I think it was March 23, 2020, we were required to reimburse certain parts of the students’ room and board. So those were also some of the purposes for which the money was used.

Glenn: Now, another thing that I understand that Johnson, C. Smith, and many other HBCUs have done with this federal funding is forgive loans. tell me something about it

Crossbow: We did it in a similar way. But even more so, as we headed into Fall 2020, we gave money to each returning student to help lower the cost of their education. And that was money on top of the money they got directly from the federal government. What we also did was give each returning student $2,500 to $1,250 each semester. And for new students, we gave them $1,000. And that was almost $3 million that we spent last year.

But we have eased balances for students to be able to opt in and out this year. And those sums totaled around $300,000 to $400,000. Most of these were forgiven loans awarded by the university. So, you know, they didn’t necessarily make federal loans. And that’s something to be clear about.

Glenn: OK. Well, let me ask you a question: are there any new majors that the university is offering, or are there any plans to bring back your teaching major, your major?

Crossbow: So we doubled in three areas. Those areas are corporate finance — you know, we’re in the second largest financial center in the country. And coincidentally, our biggest major at Johnson C. Smith is our business program. We have been recommended and plan to make some significant investments in this program.

And our second largest major is life sciences and biology. And we will double in this program. Also. The third area where we’ve doubled down is data analytics. We think this is a niche within our STEM and/or business programs that we can grow into.

In the last part of your question, you asked if we were considering bringing back education school. At this point, that’s not currently on the radar. You know, we participate in several programs in the area where we help teachers prepare for college and work with some of the other local universities that offer educational programs.

Glenn: And finally, I would like to ask you, do you plan to get the university more involved, for example, in the social awareness movement on issues like the right to vote and the Black Lives Matter movement? Do you see a role for Johnson C. Smith in these areas?

Crossbow: Absolutely. And while it may not have been prominently featured, we have been involved in each of those areas. We remain involved in the West Charlotte community here. And we’re also in – although we haven’t announced it yet – we’ve been working on a Race and Social Justice Center.

Shortly after the death of George Floyd, we offered this opportunity and we have been pleasantly surprised by the large number of faculty and staff who are interested. And we will be making an announcement shortly about the establishment of our Race and Social Justice Center. So, like Johnson C. Smith always was, we can and want to address these issues, because that’s why we’re here.

Biddle Hall, where I sit, is at one of the highest points in Charlotte. One of the things we’ve done recently is we’ve rebuilt the clock towers and now that tower is lit up and can be seen from anywhere in Charlotte, especially uptown. It’s flashing our colors right now, gold and blue. And we want to make sure people recognize that Johnson C. Smith is here. But more importantly, we ensure that we continue to produce graduates who can demonstrate competency and excellence in their chosen field.