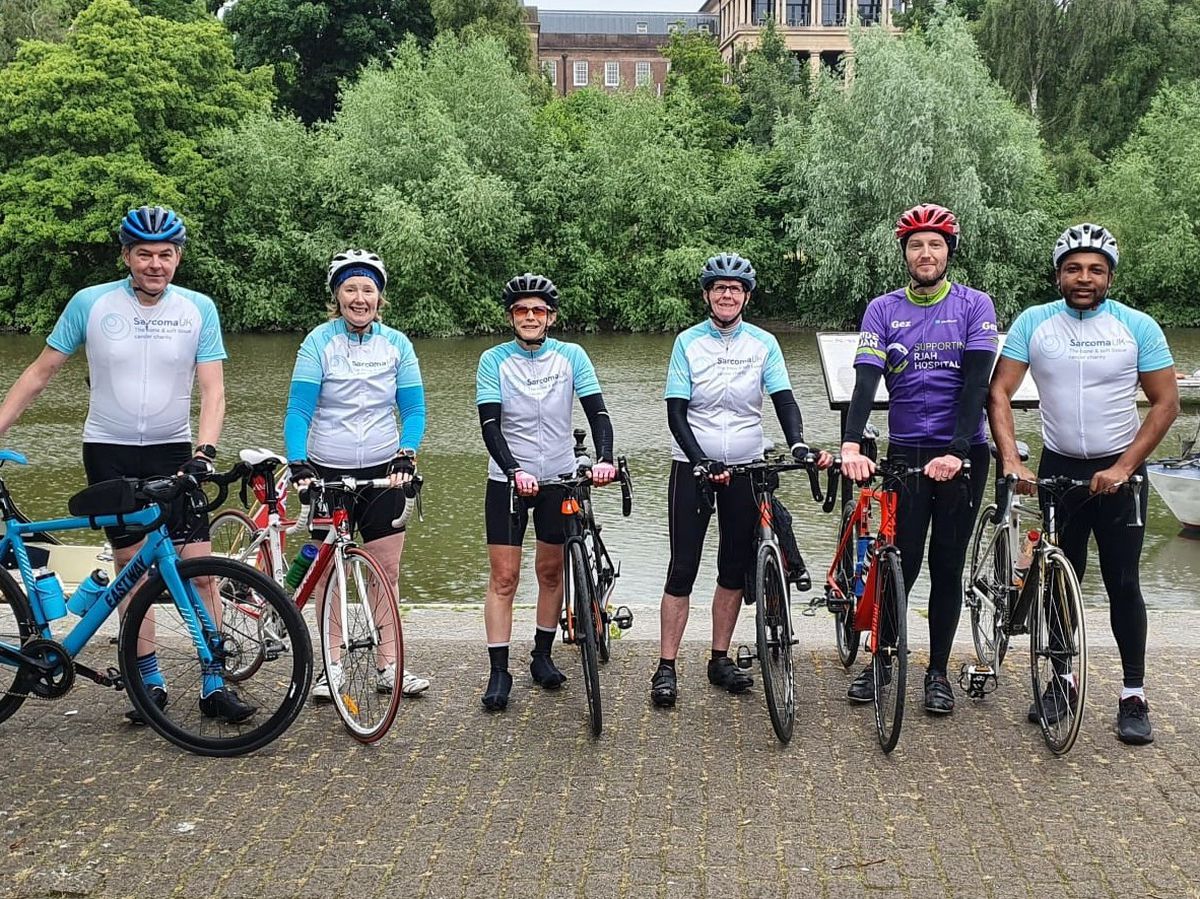 Matt O’Brien, who was diagnosed with epithelioid sarcoma in his right arm in 2012, is also using the challenge to raise money for Sarcoma UK – a national charity which funds vital research and provides support for people affected by cancer sarcoma.

For the past 10 years Matt has been cared for by the Bone Tumor and Soft Tissue Unit at the Robert Jones and Agnes Hunt Orthopedic Hospital, with several team members joining Matt on the final 15 miles of his challenge .

Matt, who lives outside Chester, said: ‘To celebrate being cured of sarcoma for 10 years I wanted to take on a real challenge. I’ve cycled 50 and 70 miles before, but never attempted 100.

“I decided to cycle from Holyhead to Chester, which is 107 miles, and it was an amazing day. It took me just over seven hours to do the full route, which allowed me to climb to 4,209 feet.

“Having the RJAH team join me was amazing and gave me a real boost for the last few miles – it really made the day that bit more special and it’s something I’ll never forget .”

An epithelioid sarcoma is a rare, slow-growing soft tissue cancer, with most cases starting in the soft tissues under the skin.

Elaine said: “It’s a milestone in the diagnosis of a patient as they reach the 10 year mark and it was just fabulous that Matt chose to mark him with such a challenge.

“We met him at Flint Castle and cycled to the finish line which was super fun to be able to help him with those final miles.

“Matt has not only raised funds and awareness for this rare cancer, but he is also an inspiration and for that we can’t thank him enough.”

Snapshot: How reproductive health organizations and their allies reacted to the cancellation of Roe v. Wade – News – MM+M

A therapist’s retirement inspires an ode to mental health professionals