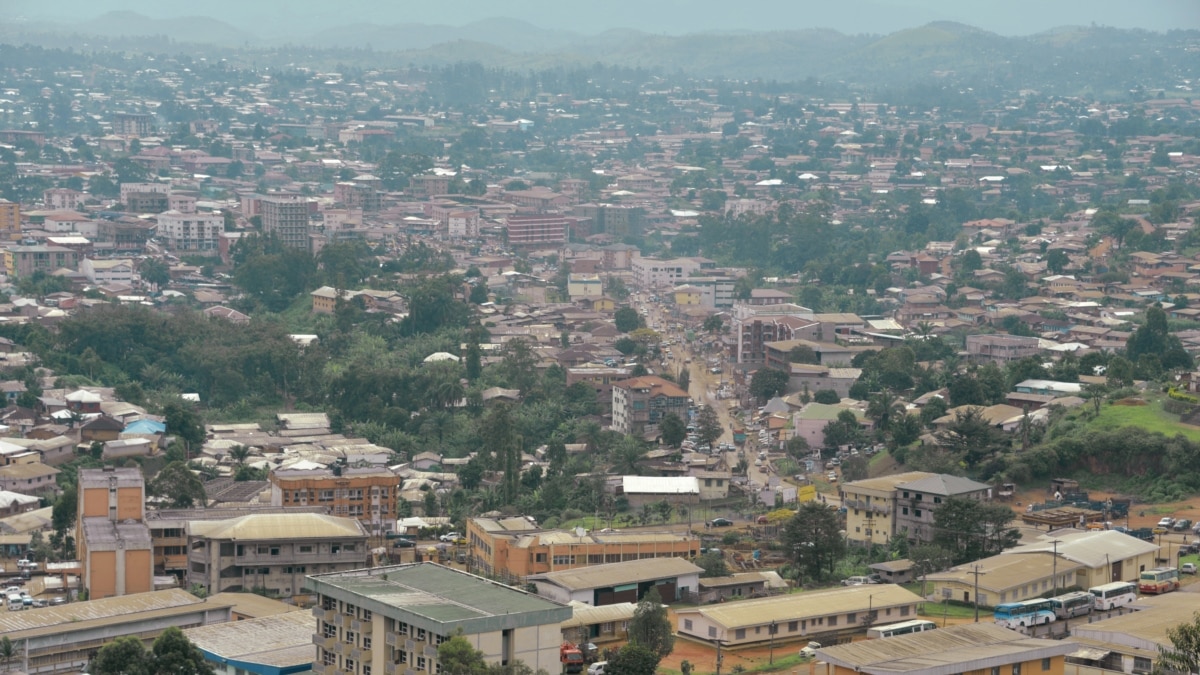 Cameroon says conflict is destroying the economies of the Anglophone regions

Cameroon says the economy of its troubled English-speaking western regions is collapsing as a result of the country’s four-year separatist conflict. Officials say the ongoing fighting has seen tax revenues in the English-speaking northwest region plummet from $ 800,000 a year to just $ 1,000 last year. The lack of government funding is having a devastating impact on the region.

Fotso Dominique, the government’s senior economic official in the English-speaking Northwest, says separatists have managed to chase customs and tax officials from almost all border crossings along the border with Nigeria.

On Cameroon’s state television, Dominique said imports of building materials, drugs, vehicles, electronics and raw materials from Nigeria have declined by 90%. This, he says, while civilians withheld basic services and the state coffers with large deficits were left behind.

Cameroon’s government announced this month that the country’s second largest employer – Cameroon Development Corporation – has given up most of its banana, palm oil and rubber plantations. It owes 6,000 of its 22,000 workers as much as one year’s arrears.

Palm oil company PAMOL and other agribusiness companies say they are now heavily in debt.

Microfinance institutions, which fuel the economies of the English-speaking regions of Cameroon, say they are unable to reclaim $ 50 million in loans.

Traders have either fled to safer areas in French-speaking countries or are unable to repay loans because their stores are closed due to the fighting.

The separatists have announced on social media that they want to ruin Cameroon’s treasury. Fighters say they want to make the English-speaking regions ungovernable until they gain independence.

Local residents and business people say anyone who defies fighters’ demands for a lockdown or is seen paying taxes will retaliate.

Businessman Protus Awnaga says he almost lost his life for failing to obey instructions from fighters not to go on a business trip the week that a ban was imposed.

“This is the most terrible moment I’ve ever had in my life. Face to face with such armed men burned us in the car. It’s awful. It’s unfortunate, “he said.

Economist Tasoh Gerald says the aftermath of the crisis rests on the government, but it is civilians who are hit hardest by the fighting who suffer most. These include people whose stores were either set on fire by separatists for disregarding their no-tax instructions, or whose property was burned by the military who accused them of supporting the militants.

“It has discouraged investment in the region. A decline in investment means an increase in unemployment and a general decline in living standards. Also, most councils in these regions find it difficult to pay off their debts and pay their workers.” he said. “Another consequence is the near collapse of the tourism sector. Most of the recreational areas and tourist sites are being abandoned. Most people of working age have migrated to other regions, leaving old and young in the villages, which means fewer agricultural workers and, consequently, a decline in agricultural productivity in these regions. ”

The suffering has not deterred either the government or the fighters. Both held their positions for four years. The separatists are calling for the creation of a breakaway English-speaking state, while the government claims that Cameroon cannot be divided.

According to the United Nations, the conflict has killed more than 3,000 people and displaced more than 500,000 people. Another 50,000 are asylum seekers in neighboring Nigeria.