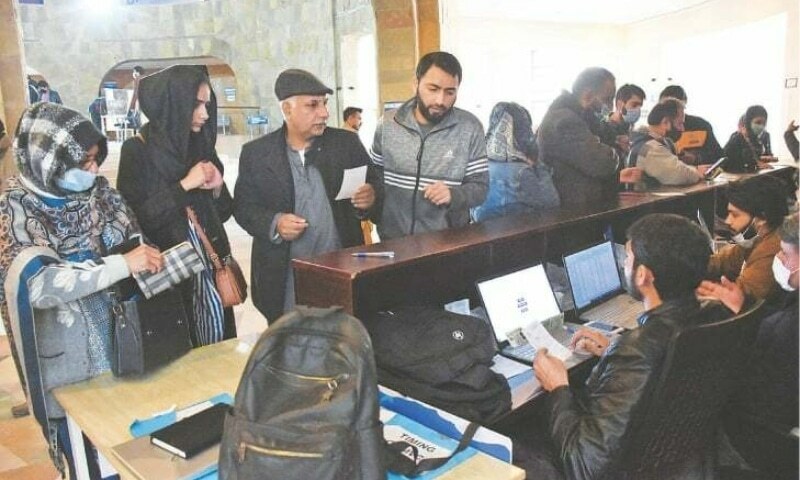 ISLAMABAD: With nine people declared dead, including a chief medical officer, and 4,027 cases of Covid-19 recorded across the country on Sunday, the National Command and Operations Center (NCOC) will meet on Monday (today) to deliberate on possible ways to curb the spread of the dreaded disease.

The particularly bad situation in Karachi has not only hit the city’s general population hard, but also its community of medical professionals as up to 500 doctors and paramedics are believed to have been infected with the coronavirus.

The national positivity rate reached 7.8%, mainly due to a huge rate of almost 40% for Karachi. In accordance with a decision already made by the NCOC, meals and snacks would not be served on domestic flights and on inter-city buses from Monday (today). But other measures aimed at slowing the spread of the disease would likely be finalized during the day.

However, an official from the Department of National Health Services (NHS) said the proposals for additional restrictions could be delayed somewhat as the number of people in hospital was still under control. On Saturday, the NCOC urged provinces to review the situation and decide whether to impose restrictions on public gatherings, weddings, schools, restaurants and transportation.

The NCOC will deliberate on the necessary new curbs

Federal and administrative units were asked to immediately survey health facilities for the availability of beds with oxygen supply and oxygen stocks. A meeting of health and education ministers has also been convened to consider the non-pharmaceutical interventions needed following the rising disease curve.

At its meeting, the NCOC recommended a ban on in-flight meals and snack service in public vehicles and called on the Civil Aviation Authority to ensure the wearing of face masks and respect for others standard operating procedures (SOPs) during flights as well as at all airports. .

According to a statement from the NCOC, the meeting also decided to engage in depth with the provincial government, especially that of Sindh, on the necessary measures to slow the upward trend.

“However, we urge the masses to strictly adhere to the SOPs,” he added. “Now we have lowered the age limit for boosters to 18, so people should get vaccinated because the vaccine is the best defense against the virus.”

The situation in the industrial and commercial center of the country was however far from satisfactory on Sunday. Not only did a senior pediatrician, Professor Salahuddin Sheikh, succumb to the disease, but an official from the Pakistan Medical Association (PMA) said hundreds of medical professionals had been infected.

Imran Ayub also contributed to this report from Karachi