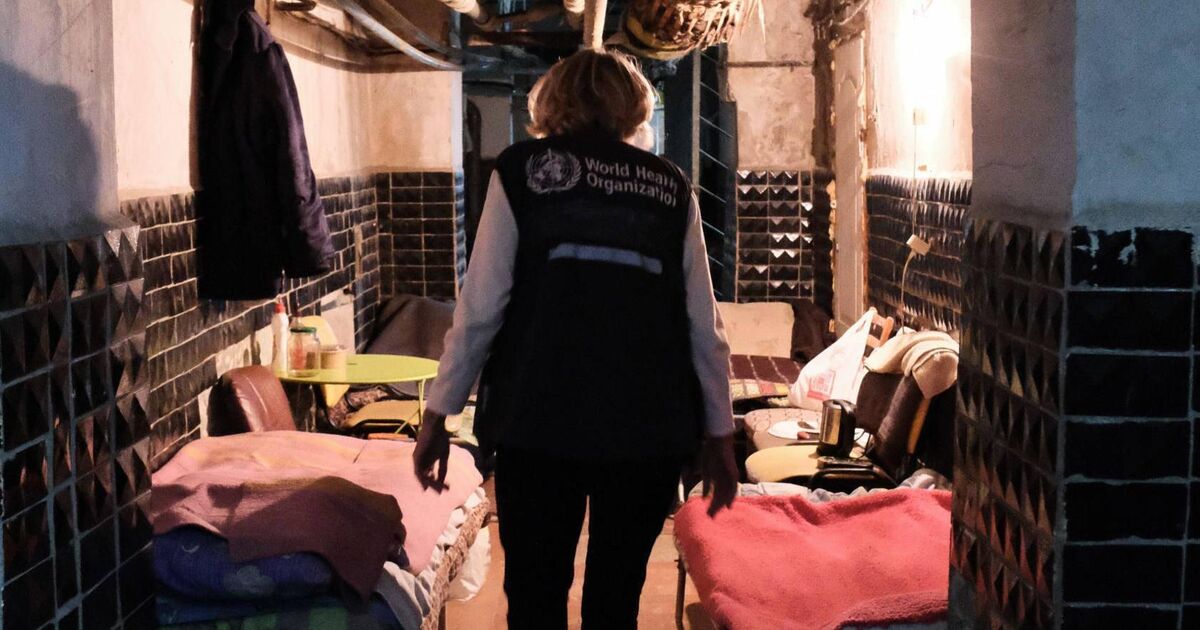 More than 260 attacks have now taken place against health facilities in Ukraine and staff are working “on a knife edge”, the World Health Organization (WHO) has said.

Marking 100 days since Russia invaded Ukraine, the WHO said the health system across the country continues to be “under severe pressure”. As of Thursday, they have verified 269 attacks on health facilities, killing at least 76 people and injuring 59.

They warned that some health care buildings have been destroyed and others are now “overwhelmed” with people suffering from trauma as well as injuries as a direct result of the war.

In the eastern city of Kharkiev, hospitals transferred patients to underground bomb shelters on February 24 and are still treating them there, deep underground.

Hospital beds and operating rooms have all been moved.

“There is even a fully functioning blood bank where townspeople come every day to donate blood to keep life flowing in the veins of their fellow citizens injured by the explosions that keep health workers in the basement,” said said the WHO.

The town’s children’s hospital was destroyed by a cluster bomb. The director told the WHO that they still could not allow the children into the hospital playground as they were still finding shrapnel from that bomb.

WHO Director-General Dr Tedros Adhanom Ghebreyesus said: “This war has been going on for 100 days too long, shattering lives and communities and jeopardizing the short and long-term health of the Ukrainian people.” He called on the Russian Federation to end the war.

WHO Regional Director for Europe, Dr Hans Henri P Kluge, said: “These attacks are not justifiable, they are never OK and they must be investigated. No medical professional should have to provide healthcare on the edge, but that is exactly what nurses, doctors, paramedics, medical teams in Ukraine are doing.

The WHO reaffirmed its commitment to stay in the war-torn area for the long term.

“Across the country, healthcare professionals report that the most common request now is for help with insomnia, anxiety, grief and psychological pain,” the WHO said.

They again appealed for funding, asking for $147.5 million (€137 million) for immediate medical support and long-term recovery. Of this amount, $67.5 million (€62 million) will go to countries hosting large numbers of refugees, including Poland, Moldova, Romana and the Czech Republic.

More than 1,300 local staff have also been trained in trauma surgery, mass casualties, burns and how to deal with chemically exposed patients.

Ukrainians with chronic illnesses or facing Covid-19 infection also need help, with the Ukrainian Public Health Center now working with the WHO to rebuild laboratory diagnostic systems and vaccination programs.

Ireland has sent medical aid to Ukraine supporting the WHO fund, as well as direct aid, including ambulances delivered through the charity project Medical Help Ukraine, part of the Association of Ukrainians from the Republic of Ireland.

Uganda: Paramedics call off strike after talks with government