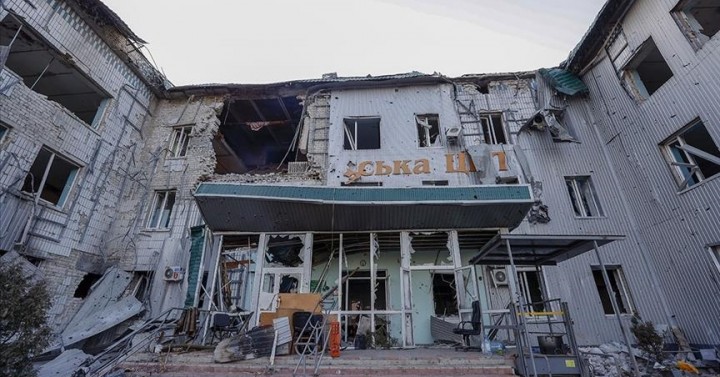 GENEVA – The World Health Organization said on Tuesday it had verified 108 Russian attacks on health facilities and personnel in Ukraine since the start of the war.

These include attacks on health facilities, personnel, transport, supplies and warehouses.

WHO Europe’s Bhanu Bhatnagar spoke from Lviv, near the Polish border, at a UN press conference.

At least 73 people died and 51 others injured in the attacks.

“We continue to condemn in the strongest terms all attacks on health care, which not only deprive people of vital health services, but also violate international humanitarian law,” Bhatnagar said.

Over the next few days, the WHO said it would provide 15 generators to hospitals across Ukraine with limited or no power supply in northern, eastern and southern regions.

“We have set aside two generators for hospitals in Mariupol to be delivered as soon as we can get in,” the WHO official said, referring to the beleaguered city in southern Ukraine.

He said if the fighting escalated further, the health situation would worsen, so the WHO was providing supplies.

“And that’s why we’re bringing in all these supplies. But we also need safe passage to support the healthcare system. Because we’re concerned that in addition to the civilian casualties that may occur, there could be many more of deaths resulting from lack of access to decent health,” he said.

WHO is also supporting the transfer of patients requiring medical evacuation to the Polish border town of Korczowa, where the Polish government has set up a health facility.

Bhatnagar said about 300 health facilities in Ukraine are in conflict zones and 1,000 health facilities are in “modified control zones”, leaving the health system vulnerable to infrastructure damage and serious disasters. disruption of essential services.

“This means there is limited or no access to medicines, health facilities and health workers in some areas.” (Anadolu)